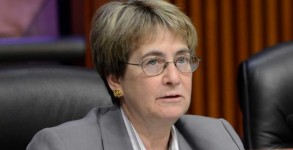 Tired of dealing with the banality of stopping priestly molestation, William A. Donohue, the president of the Catholic League for Civil and Religious Rights, has

Hiram Monserrate Goes Down In Flames After Anti-Gay Campaign

Hiram Monserrate, who was expelled from the State Senate after being convicted of assaulting his girlfriend, was defeated on Tuesday by Jos?© R. Peralta in