Truth Wins Out is deeply saddened by the passing of philanthropist Henry van Ameringen, 90. He was our superhero and the organization would not exist without his support. I love this 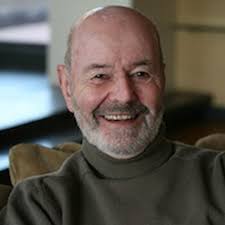 man, who was an indispensable donor for LGBTQ causes and an incredible human being with a giant heart.

In 2006, I started Truth Wins Out to fight “ex-gay” programs after George W. Bush invited “ex-gay” leaders to the White House. With no money in the young organization’s bank account, I contemplated shutting down. Like a miracle, I received a seed money check from Henry, a guy I had never met or even heard of. It was like a gift from heaven and the rest was history. So many organizations, that have helped so many people and saved lives, have similar stories.

Over the years, I got to know Henry from our meetings. He was kind, knowledgeable, professional, classy and generous – even opening up his condo for a fundraiser. But what I most remember was his directness. There was no bullshit with Henry – he told you exactly how he felt and what he expected for his contributions. When he was happy, he let you know it, and when he was displeased, he pulled no punches. I always knew where I stood with Henry. In a world of ambiguity and uncertainty, his honesty and decency were a breath of fresh air.

Condolences to Eric Galloway, Henry’s husband, and to the universe of people who mourn his passing. I’m not religious, so I don’t know if he’s going to a “better place.” But I do know Henry left the world a significantly better place and helped pave the way for many of the rights and privileges LGBTQ people now enjoy. Rest in Peace my friend.