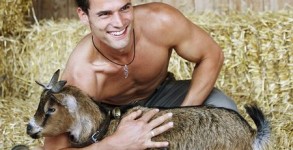 Just go back to the land, you gays!

Video: Show This To Wavering Voters In States With Marriage Equality on the Ballot

An excellent video explaining why people in Maine, Maryland, Minnesota, and Washington State should vote for marriage equality. This video educates and explains who LGBT

From NBC News: After losing some 30 ballots on same-sex marriage across the country over the past decade, advocates of lesbian and gay couples are

Being both an activist and a news junkie, I check more news websites, belong to more LGBT listservs, and subscribe to more email news aggregators

Anthony Falzarano, the shrill “ex-gay” activist who founded Parents and Friends of Ex-Gays (PFOX) and once derisively referred to hate crime victim Matthew Shepard as

Please watch and share this touching video from Randi Reitan. She and her son Jacob are friends of TWO; they let me stay at their

“Ex-gay” Greg Quinlan, who needs you to know that, even when he wasn’t repressing his natural desires, he wasn’t a “flaming faggot,” is really, really,