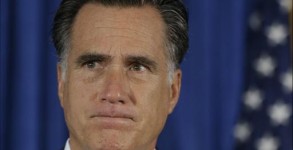 The Last Stop On The Right’s Crazy Train

(Weekly Column) The Crazy Train, built by the Religious Right and accelerated by the Tea Party, must stop before it goes off the rails and

The GOP Convention and Presidential Politics

As anti-gay activists gather in Tampa today for the GOP convention, Vice President Joe Biden had some nice words to say about gay rights advocates.

According to FRC: Actor Kirk Cameron has just confirmed for the iPledge Sunday simulcast presented by Family Research Council and American Family Association on Sunday,

Excellent column by Timothy Egan in the New York Times: The tutorial in 8th grade biology that Republicans got after one of their members of