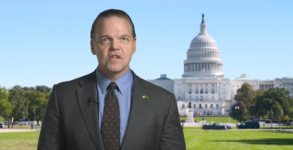 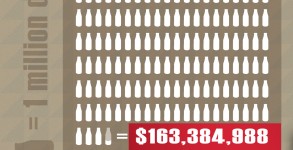 At this event, elite plutocratic funders of the Religious Right dole out upwards of one billion dollars annually in grant money 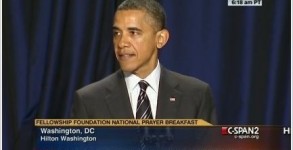 Do We Have a Prayer of Ending the National Prayer Breakfast?

The National Prayer Breakfast fails to separate church and state and elevates "The Family," a shady and secretive conservative religious group with anti-gay views

By Bruce Wilson, Talk2Action “A-1 Self Storage was one of the original donors who helped the founders of Invisible Children travel to Uganda and make

Video: Learn How Invisible Children is Linked To The Family

Murdered Ugandan Activist Should Be Honored With Bill in Congress

Gearing Up To Stop Genocide In Uganda and Spotlighting The Family

As Truth Wins Out’s Mike Airhart pointed out earlier today, the Anti-Homosexuality Bill in Uganda is likely to be considered after February 18th. Thus, we