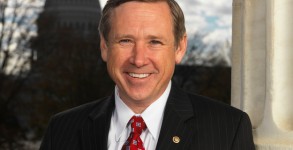 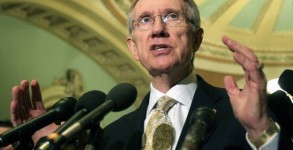 ENDA Will Be Brought To Senate Floor Before Thanksgiving

As Jeremy points out, this is at best, pathetic, and at worst, an illustration of just how much contempt people like Tony Perkins have for

Yesterday, the bill to repeal DOMA passed the Senate Judiciary Committee by a vote of 10-8. This is making the Religious Right whine a lot.

Gay Couples Tell Congress Their Stories of Living Under DOMA

If you haven’t seen this video from the other day’s Senate Judiciary Hearing on DOMA repeal, it’s worth watching. [h/t TPMMuckraker

Go, Dianne! Senator Dianne Feinstein (D-CA) today said, “My own belief is that when two people love each other and enter the contract of marriage,

Majority in House are Now Anti-Gay

Thanks, teabaggers: As the new Congress is sworn in this week, there is no denying that pro-LGBT numbers have shrunk on Capitol Hill. A Human

Thank you Senators Lieberman, Collins, Udall and Gillibrand. Get it done this time, ‘kay? Jeremy posted a list of the key Senators that need to