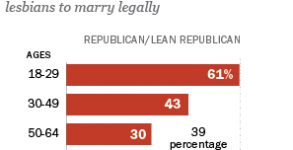 When we see polls like this, it's clear what the future holds

The Old South is alive and well 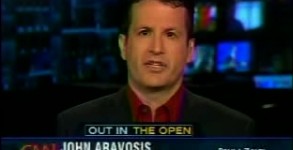 Aravosis: Republicans Are Engaged In War Against Facts, Freedom, And Democracy

John Aravosis argues that the modern GOP has launched a war against democracy and reality, which threatens stability in America

At least there’s one of them: A Republican congresswoman from Florida known for holding pro-LGBT views said earlier this week she supports marriage equality, making

There’s a lot more information in this poll besides what I cited in the headline, but that’s what grabbed me: In the latest Post polling,

The wingnuts will really love this one. Former Secretary of Homeland Security Tom Ridge, Republican, in the Wall Street Journal: Ridge is a now businessman,

Does Mitt Romney’s “Cool Supporter” Have An Underage Girl Problem?

“Cool supporter” is in quotes because we’re talking about Ted Nugent, of course. Ted is meeting with the Secret Service today over his violent comments

If These Apply To You, You Should Be A Republican

Betty Bowers, America’s Best Christian, has made this wonderful video outlining the basic platform of the modern GOP. If any of these apply to you,

Yesterday, Evan posted about an alarming story out of Laurens County, South Carolina — taking a cue from Grover Norquist, the bigots at NOM, and