Rep. Michele Bachmann is simply crazy. She seems desperate to take America to war with as many Muslim countries as possible — possibly at the 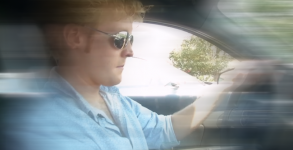 If you like our work, please consider a tax-deductible contribution today. We can only continue monitoring the “ex-gay” myth and fighting their insidious lies with

Video of the Day, Volume 2: Grindr for the GOP Convention

Check out this hilarious video from Funny or Die. Michele Bachmann, my favorite Minnesota Republican, even makes an appearance at the end. Fair warning, though:

No, I didn’t fall and hit my head last weekend — I’m well aware that Michele Bachmann ended her presidential campaign half a year ago

The Huffington Post is reporting that Ann Romney, the wife of Republican presidential candidate Mitt Romney, recently hinted that her husband may select a female running

It would appear that way from what she said on Meet The Press yesterday: “What we want is women to be able to make their own

Taking a page out of the Truth Wins Out playbook, a documentary filmmaker went undercover at Bachmann & Associates, the Minnesota Christian counseling clinic co-owned