First some moron lady says her favorite book is her “kitchen table,” and then Michael Steele says his is War and Peace, and to prove

All Four Candidates for RNC Chair Against Marriage Equality

Dear gay Republicans:  keep repeating your crap victim line about how it’s harder to get dates be accepted as a Republican in gay circles than

Peter throws so many temper tantrums per week these days, it’s hard to keep up.  Yesterday, instead of reacting to the Mehlman Fever like everybody 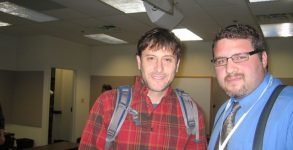 Social conservatives are apoplectic because the Conservative Political Action Conference (CPAC) is allowing the LGBT organization GOProud to co-sponsor the annual Washington event. Once again,