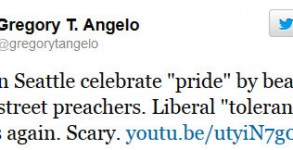 Violence is never the answer, no matter which side of the fight you're on 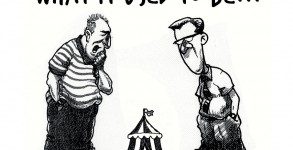 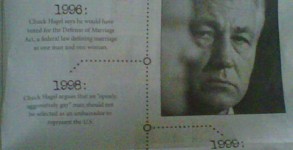 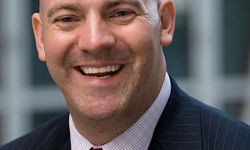 The Log Cabin Republicans announced today in a press release that they endorse Republican Mitt Romney — an outspokenly anti-gay candidate — for president, declining

Barney Speaks to LGBT Caucus In Charlotte: ‘We Are On The Verge Of Winning’

This is an example of what gay Republican groups should be doing. Instead of shilling, like that awful front group GOProud, Log Cabin is engaged

Bryan Fischer: Gay Republicans ‘Have No Business’ in the GOP

The GOP Convention and Presidential Politics

As anti-gay activists gather in Tampa today for the GOP convention, Vice President Joe Biden had some nice words to say about gay rights advocates.

GOP Platform Will Be Anti-Gay After All

How’s this for tokenism? R. Clarke Cooper of the Log Cabin Republicans told BuzzFeed’s Chris Geidner that the RNC subcommittee charged with drafting the Republican Party