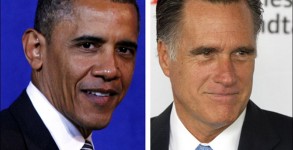 If you haven’t already seen it, you should definitely take five minutes to check out the stirring video below. Narrated by Jane Lynch, the fabulously

Here’s another reason for the Religious Right to hate the United Stations. Here’s UN Secretary General Ban Ki-Moon’s message in support of LGBT equality, given

I must confess that I’m truly baffled by the level of support I’m seeing among my friends for presidential candidate Ron Paul. While the number

2011 A Good Year: Aaron Hicklin of Out Magazine

Out Magazine editor Aaron Hicklin discusses how much things have changed for the better in just the last few years. The perception that marriage equality

There are gay conservatives.  I know this.  When I have the sense of humor for it, I try to read their words and figure out

This Is What Winning the Culture Wars Looks Like

Sarah Posner reports on the findings of Southern Illinois University sociologist Darren Sherkat, who has compiled the General Social Survey results over the last couple

The Religious Right Is So Weird

I know, what a general post title. But I just can’t muster anything more interesting about the fact that that a “Terri Schiavo memorial concert”

UPDATE BELOW From his blog: As a straight man I really have nothing to gain by standing up for equal rights for Gays, Lesbians, Bisexual,