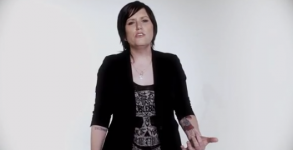 New Anti-Bullying PSA: ‘Stop the Bull*hit’ And Stop The Bullying

New anti-bullying PSA with Jason Mraz, Garrison Starr and many others. It's great!

Friday music time! This week we’re starting the Random Ten with a band I found out about last year and got to see live last

Yay, it’s almost the weekend, so it’s time for music!  I do believe I’ve started the Random Ten with Abigail Washburn before, but I’m doing

It’s almost the weekend, so here’s your music post. We’re starting off this week with one of my favorites, “Whiskey Lullaby” from Brad Paisley and

Here’s your round-up: There was an atrocious election, as Americans went to the polls and loudly shouted, “We are confused and angry about being confused

Round-up!  Let’s remember our week! Fort Worth City Councilman Joel Burns is my new hero.  The new study which “shows” that gay parents have more

Jason Mraz Talks About His Personal Experience Being Bullied, Support for Equality

Having attended the Harvey Milk Diversity Breakfast in San Diego last week, Jason Mraz took to his blog to explain, on a personal level, part

Do You Give A Damn?

UPDATE BELOW From his blog: As a straight man I really have nothing to gain by standing up for equal rights for Gays, Lesbians, Bisexual,