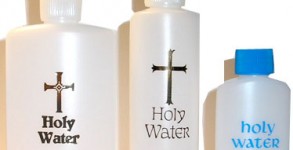 Parents of 23-year-old Bryce Faulkner have gone public on Fox News to declare that Faulkner is doing “fine” and voluntarily submitting to “Christian counseling.” Fox

Update, July 21: According to pinknews.co.uk, the parents of Bryce Faulkner are threatening to sue friends and youth-safety advocates that set up a web site

Zach Stark, who endured more than a month of involuntary detention in Exodus International’s costly live-in ex-gayification program Love In Action, appears briefly in the