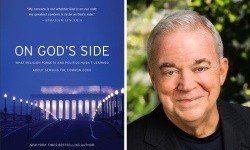 From Zack Ford over at ThinkProgress: The Department of Homeland Security announced today that same-sex families will soon be able to cross the border together,

Roy Edroso shortened this piece by Mark Krikorian at the National Review as, “What good are wetbacks if we can’t use them against faggots?” Then

An Inexcusable Move by the Obama Administration

Regular readers know that I am very pragmatic when it comes to the issue of supporting Obama for re-election next year.  I am often branded

Peter tends to be confused, so that’s not news, but it’s fun to occasionally gander in his general direction and marvel at how a human

Joe Sudbay points to a post from immigration lawyer Lavi Soloway, explaining the news that cases involving binational gay couples have been put in abeyance

What awful news: Rep. Gabrielle Giffords was shot in the head by a gunman at a public event in Tucson on Saturday. There are conflicting

Focus on the Family today misinformed its readers about legal background to the Ninth Circuit ruling in Perry vs. Schwarzenegger against Proposition 8. Instead of

Ha ha ha. So, this lady, Marylou Barry, wrote this awfully racist piece on Wing Nut Daily, an open letter to immigrants, where she lays