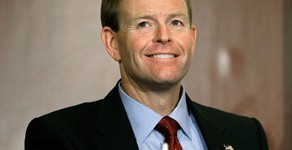 That sound you hear is all the smart people's heads exploding

Salvatore Cordileone, a Catholic bishop widely known as the “Father of Proposition 8,” was arrested in San Diego early Saturday morning for drunk driving. The

No word on why he’s willing to acknowledge that humanity has matured beyond the biblical writers in understanding that slavery is wrong, yet insists that

Speaker for Misogynistic Right Claims Liberals Are The REAL Woman-Haters

Bryan Fischer of the American Family Association hate group, with two minutes of “I know you are but what am I?” pout-rage: [h/t Tengrain] My

[Here are two open tabs in my browser that I can combine into one blog post, said the blogger.] Frank Rich has had quite a

Look, the Archdiocese of Boston has a really long, comprehensive list of all the Catholic priests [just those under their jurisdiction, mind you] who have

I’m completely not surprised by this, as Rudy Giuliani has never struck me as a man of any sort of integrity: The gay car dealer