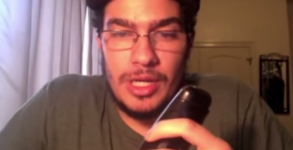 The Past Month In Anti-Gay Hate Speech

Joe points out that this compilation includes hate speech only from the month of May. I’ve said that they’re getting more extreme, and they are

Alvin McEwen of Holy Bullies and Headless Monsters dropped a bombshell this morning: an anonymous source tipped him off to a secret Facebook group called

Exodus Leaders Whine About Being ‘Under Attack’

It seems that Exodus International doesn’t like the attention it’s receiving lately.  They were under the impression that they were going to coast through a

It’s getting really tiresome, especially after the events of the past few months, watching Religious Right spokespeople tie themselves up in knots over how they

This has been making the rounds on the internet the past couple days, and I think it’s interesting from the perspective of showing just exactly

Bryan Fischer does not exist within reality.  If he did, he would understand that homosexual students will always exist, no matter what kind of verbal

Pam points out something truly ridiculous:  the supposedly venerable Washington Post has decided to give Tony Perkins space in their “On Faith” column to spew

Great, now they’re marketing hate speech at the Wal-Mart.  I understand that Wal-Mart caters to a certain, um, clientele, much of the time, but is

‘All Faggots Must Die’ Comment on Joe.My.God DID Come From Saxby Chambliss’s Atlanta Office

Saxby Chambliss’s office has admitted it. Here’s Joe Jervis with the latest from this crazy story that started this afternoon: I’ve just gotten off the