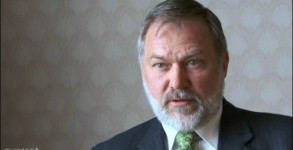 The First Amendment is great and all, but what if extremist Christians have to abide by the same laws as everyone else

Oh, John Rocker, have you learned anything about anything since you embarrassed yourself years ago? You’re writing for WorldNetDaily, so I’m guessing you haven’t: Technically,

When Kameron Slade’s fifth-grade class at PS 195 in the New York City borough of Queens held a speech competition, he decided to speak on

Joe grabbed these screen caps from pollster Nate Silver. Here is your Santorum-voting bloc: It’s kind of unbelievable, yes, but when you consider that we

No, AfterElton, The Remedy Is Not ‘Worse Than The Cure’ [UPDATED]

As you all know, Apple pulled the bigoted Exodus iPhone app after our petition drew over 150,000 signatures from customers demanding that the company treat

The support for our petition for Apple to remove Exodus International’s inherently bigoted iPhone app has been overwhelming.  As I hit “post” on this piece,

Why We Write About the Park 51 Mosque, Dr. Laura, Etc.

Newer and older readers might sometimes wonder why the writers at Truth Wins Out occasionally veer, seemingly, way off the beaten path of gay rights

FRC Demands Religious Freedom for Me, Not for Thee