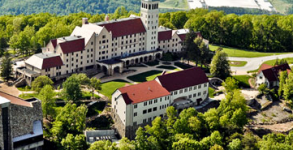 This is what happens when you teach kids to think

A North Carolina Map That Says It All

It seems painfully simplistic sometimes to merely point out that, the more educated people are, the more likely they are to support marriage equality, and

As usual, the New York Times’ Paul Krugman does a splendid job dismantling the arguments of conservatives, who have become an irrational and illogical bunch.

That’s the Tennessee way. So, Tennessee’s embarrassment, Senator Stacey Campfield, who believes AIDS would be a thing of the past if people would just stop

Cue Screeching from the Bigots About ‘Indoctrination’

Anti-gay bigots accuse LGBT people of “indoctrinating” kids when we simply work to educate society on the reality of who we are, and when we

Bigots are running out of anti-gay smears.  They know that normal people laugh at them when they try to conflate us with pedophiles.  They know

In California, thanks to a pioneering bill introduced by state senator Mark Leno, students will now learn, in an age appropriate way, about the contributions