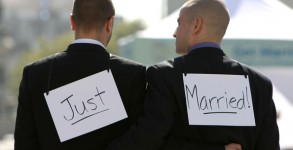 A Conservative Argument For Marriage Equality

Several years ago, conservatives were fawning over 13 year-old Jonathan Krohn, who gave a rousing speech at CPAC while promoting his book. A couple of

Rachel Maddow Nails the Difference Between Liberal and Conservative Media

This is a delightful clip, in general, but Rachel Maddow here elucidates the exact difference [at least one of the most major differences] between liberal and

Jennifer Rubin, one of the many conservative columnists at the Washington Post, is just appalled at the Religious Right reaction to Mitt Romney’s hiring of

Just the other day, Brent Bozell of the far-right Media Research Center was very, very angry about Dan Savage’s new MTV show, Savage U. If that

Chris Barron, gay conservative person, in denial about the fact that his party has been taken over by the useful idiots who used to ensure

This is pretty funny, even by the standards of whiny conservative rants against liberals. Herman Cain argued in a column a while back that it

It turns out it already exists!  Nick Kristof explains in the New York Times: With Tea Party conservatives and many Republicans balking at raising the

I haven’t had anything to say about the non-scandal that is “Wiener-gate.”  [Ugh, if you don’t know what I’m talking about, A. It involves Andrew