To mix a few metaphors, when Brit Hume sticks his foot in his mouth, he just keeps digging! (Pause while you form that mental picture.

Christian Rightist ‘Prayers’ vs. the Rabbi’s Rule of Prayers

Rabbi Marc Gellman: “When you come right down to it, there are only four basic prayers. Gimme! Thanks! Oops! and Wow!” Gellman was commenting to 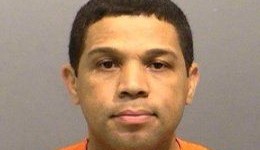 Another religious-right figure is on the hot seat for inappropriate behavior and hypcrisy: The Colorado Independent reports that Focus on the Family Spanish-language broadcaster Juan

Religion Does Not Mean Morality

(Bernard Madoff) If 2008 taught the world one lesson, it is that religious people are not morally superior to those who are non-religious. Indeed, faith

Disgraced Haggard Calls Himself A ‘Loser’ in Film

In a new documentary set to air on HBO next month, a disgraced evangelical pastor comes clean. “The Trials of Ted Haggard,” directed by US

Another soldier in the anti-GLBT Christian army has left the battlefield. Paul Weyrich, co-founder of the ultra-conservative Heritage Foundation, is dead. From the foundation’s blog:

As noted by TWO, Richard Cizik, Washington lobbyist for the National Association of Evangelicals, resigned his post last week because of controversy over his nationally

Exodus Minister: Shall We Blame God for Same-Sex Attraction?