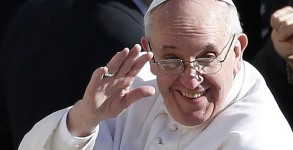 The Pope makes a welcome statement, while Courage embraces extremists in the ex-gay industry including an exorcist and practitioner of rubber band therapy

Yesterday, Chicago Cardinal Francis George used the occasion of a celebratory golden anniversary Mass to take a swipe at marriage equality and trivialize the relationships

Oh, I usually do not make fun of the same wingnut two posts in a row, but dangit, sometimes you have to. I had just

(Weekly Column) The Roman Catholic Church’s toxic obsession with homosexuality manifests itself in countless ways. The most recent anti-gay outburst came from the Chicago Archbishop,