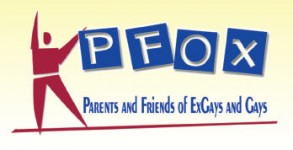 PFOX Doesn’t Love Gay People; Who Are They Kidding?

The so-called "ex-gay" organization PFOX claims that they love gay people. The evidence suggests that it simply is not true. PFOX is a hate group

He’s going to run his own company into the ground if he keeps talking. Most Americans think this kind of crap is repugnant: “I think

I will admit that I have not always been the best Chick-Fil-A boycotter. Though they have been supporting hate groups for years, there is one that’s

Story of Wingnut Being Kicked Off Plane Will Warm Your Hearts

The Moral High Ground: We Have It, So Let’s Act Like It

Over the past week or so, I and several of my friends have been in situations where we’ve been confronted by Christian protesters with big,

He wasn’t misspeaking, and he didn’t let his emotions get the best of him. No, Pastor Curtis Knapp of the New Hope Baptist Church in