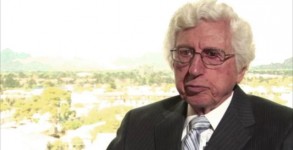 Today, in a letter to Dr. Ken Zucker obtained exclusively by Truth Wins Out, Dr. Robert Spitzer made an unprecedented apology to the gay community —

Writing for Pam’s House Blend yesterday, Scott Rose of Demand Equality put together a handy list of Maggie Gallagher’s “greatest hits” — a selection of some of

Pity Those Born Gay in Utah

Editor Seth Bracken of Q Salt Lake, a publication for LGBTQ people in Utah, just posted a story about a Utah man who hanged himself

Great news: The American Psychological Association (APA) has endorsed gay marriage ahead of its annual convention in Washington. With a unanimous 157-0 vote, the APA’s

Via Jeremy, a new statement from the American Psychological Association, which is an actual group of experts, unlike the phony groups the Religious Right creates

Excellent column by Hardy Haberman on JONAH ex-gay “fondle therapy” scandal in the Dallas Voice: With all the hubbub of the Fred Phelps Cult making