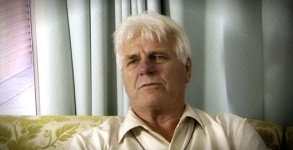 This is the Australian equivalent of the closure of Exodus International

Australian former ex-gays explain on national television how U.S. evangelicals and their Australian affiliates sought to damage them, their spirituality, and their families. You need

The Exodus Global Alliance hosted a conference of antigay religious groups in Melbourne, Australia, on Saturday. The conference accused all sexually honest, same-sex-attracted persons of

One of the Pacific Rim’s leading evangelical voices regarding abuse and “sexual brokenness” is profiled in a new article by former ex-gay Anthony Venn-Brown. (Copies

In the Sydney Morning Herald, Katrina Fox has penned a first-hand account of her visit to an ex-gay conference sponsored by Living Waters, an ex-gay