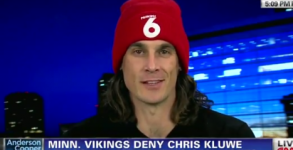 Chris Kluwe: Minnesota Vikings Investigation Will Bear Out The Truth

He explains that he has witnesses for every claim he made 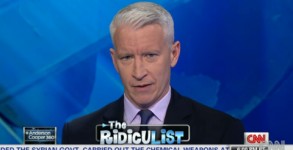 Today, October 11, is National Coming Out Day. This annual celebration was founded in 1988 by psychologist and activist Robert Eichberg and Jean O’Leary, an

I have long-contended that one of the things that anti-gay wingnuts all have in common is that they’re extraordinarily melodramatic and juvenile. Here’s another example

Thoughts on Anderson Cooper and the “Private Lives” of LGBT People

Yesterday’s news that Anderson Cooper had finally come out of the closet brought a smile to my face. Sure, it wasn’t a watershed moment like

Look, these are very original and not at all juvenile “jokes” about Anderson Cooper coming out of the closet, from wingnut men who are obviously

In this last segment of Anderson Cooper’s stellar series on the “Sissy Boy Experiment,” in which discredited laughingstock George Rekers used a live child to

So watch it, tonight!  It comes on in about ten minutes! Parts 1 and 2 are here and here, respectively, in case you haven’t seen