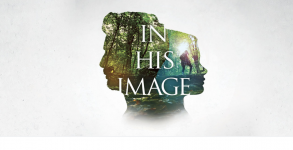 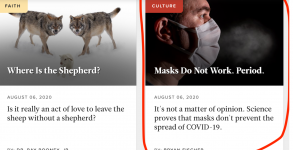 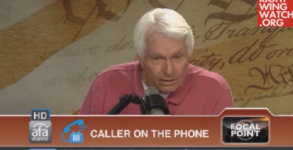 Bryan Fischer Will Not Have Sex With A Man On A Boat, Will Not Do It In A Moat, Etc.

Seriously, you guys, Bryan Fischer could never have sex with a man 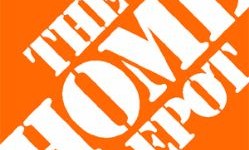 AFA is declaring victory in their boycott of Home Depot, which means they're giving up

Still smarting over its designation by the Southern Poverty Law Center, a venerable civil rights organization, as an anti-gay hate group, the American Family Association

Wingnuts have their own sort of liturgical calendar. Other Christian denominations cycle through periods such as “advent” and “Lent,” whereas anti-gay fundamentalists mark their church

I have two tabs open in my browser which fall directly under this headline, so let’s kill two extremely dumb birds. Here are Bryan Fischer

Joe screen capped this tweet from Bryan Fischer, notorious bigot from the American Family Association hate group: This, coming from somebody who verbally abuses and

Several months ago, the “One Million Moms,” a subsidiary of the American Family Association hate group, was very upset that JC Penney destroyed religious freedom