Truth Wins Out congratulates Germany for prohibiting conversion therapy for minors. The practice is outlawed in Switzerland 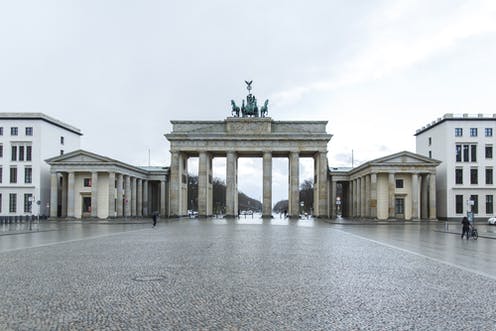 and areas of Australia, Canada and the United States. Under the new law, minors will not be allowed to take part in medical interventions aimed at changing or suppressing their sexual orientation or gender identity, reports the BBC. Parents and legal guardians can also be punished for making their children take part through deception, coercion or threats. Those breaking the new law can face up to a year in prison and/or a fine of $32,535.

“We congratulate our peers in Germany for winning a hard-fought 15-year battle to protect LGBT youth and save lives,” said Truth Wins Out Executive Director Wayne Besen. “Germany’s act of wisdom and courage should inspire other countries to ban a barbaric practice that has no place in a civilized society. Truth Wins Out calls on the United States to follow Germany’s lead and prohibit conversion therapy.”

Truth Wins Out fully supports efforts to pass such laws in the United States. They send a powerful message and add moral and legal weight against a despicable practice. However, it is crucially important for people to fully understand that the effect of these high-profile efforts in the U.S. are limited and constrained. They only cover minors and they deal with, at best, 5-10-percent of the total problem.

Meanwhile, 90-95-percent of these pernicious “ex-gay” efforts continue, with anti-gay churches providing a First Amendment fig leaf. When conversion therapy laws are passed, cunning “ex-gay” therapists can suddenly “find God”, re-brand their efforts as faith-based and pretty much continue with similarly destructive programs in church facilities or synagogues. As long as they claim their efforts are a religious intervention, shielded by a twisted notion of religious liberty, they are still able to harm LGBT people.

Additionally, there are teen military-style bootcamps that operate under the radar and don’t specifically advertise as “ex-gay” programs, yet they still try to convert gay and trans teenagers into heterosexuals. These heinous efforts are more difficult to track, but more evidence is emerging as these facilities come under increased scrutiny from camp survivors and whistleblowers.

So, let’s keep fighting to end this scourge, while not lulling ourselves into a false sense of security. Efforts to “change” LGBT youth are not just alive and kicking in the U.S., but they are exported to all corners of the world. In the meantime, let’s celebrate Germany’s incredible success and hope it motivates and inspires other countries to follow their lead.