Shame on the Philly Archdiocese for Recklessly Endangering LGBT Youth

PHILADELPHIA – Truth Wins Out assailed the Archdiocese of Philadelphia today for its reckless decision to put the mental health and well being of LGBT youth at risk. The Archdiocese co-sponsored an “ex-gay” event that featured Desert Stream Ministries (DSM), an organization that has admitted to previous sexual abuse against teenagers at its “pray away the gay” program. Andrew Comiskey, the group’s charismatic leader, also preaches that gay relationships are demonic and calls homosexuality “spiritual disfigurement.”

“It seems that the Archdiocese of Philadelphia has learned nothing from the pedophile priest scandals and continues to place vulnerable youth in inappropriate environments that could potentially lead to sexual abuse,” said Truth Wins Out’s Executive Director Wayne Besen. “The Archdiocese should demonstrate moral leadership, rather than moral turpitude, and apologize for this grave and irresponsible error in judgment.”

The “ex-gay” seminar was first discovered by New Ways Ministry, whose mission is “building bridges between the LGBT 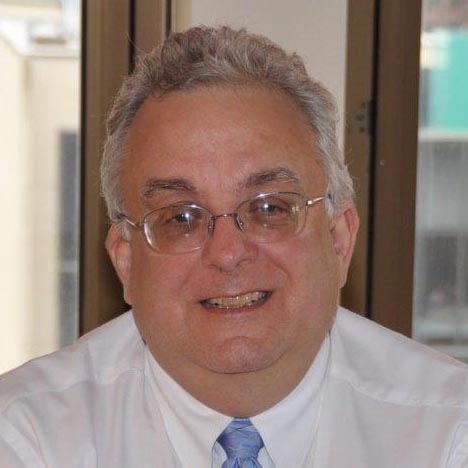 Community and the Catholic Church.”

Truth Wins Out reached out to an Archdiocese spokesperson at the Office for Life and Family, who was apparently too ashamed to give his name, although the director is listed as Steven Bozza (pictured). He grew angry and accused the organization’s Executive Director, Wayne Besen, of having a “gay agenda.” More troubling, was when he defended conversion therapy and exorcisms while blatantly lying about co-sponsoring the “ex-gay” event.

“We were not co-sponsors, we simply provided a forum for this event which aligns with our values,” the spokesperson told TWO’s Besen in a Tuesday morning phone call.

Yet, on September 6, the website CatholicPhilly.com wrote an article headlined, “Archdiocese co-sponsors conference on gender and sexual identity.” 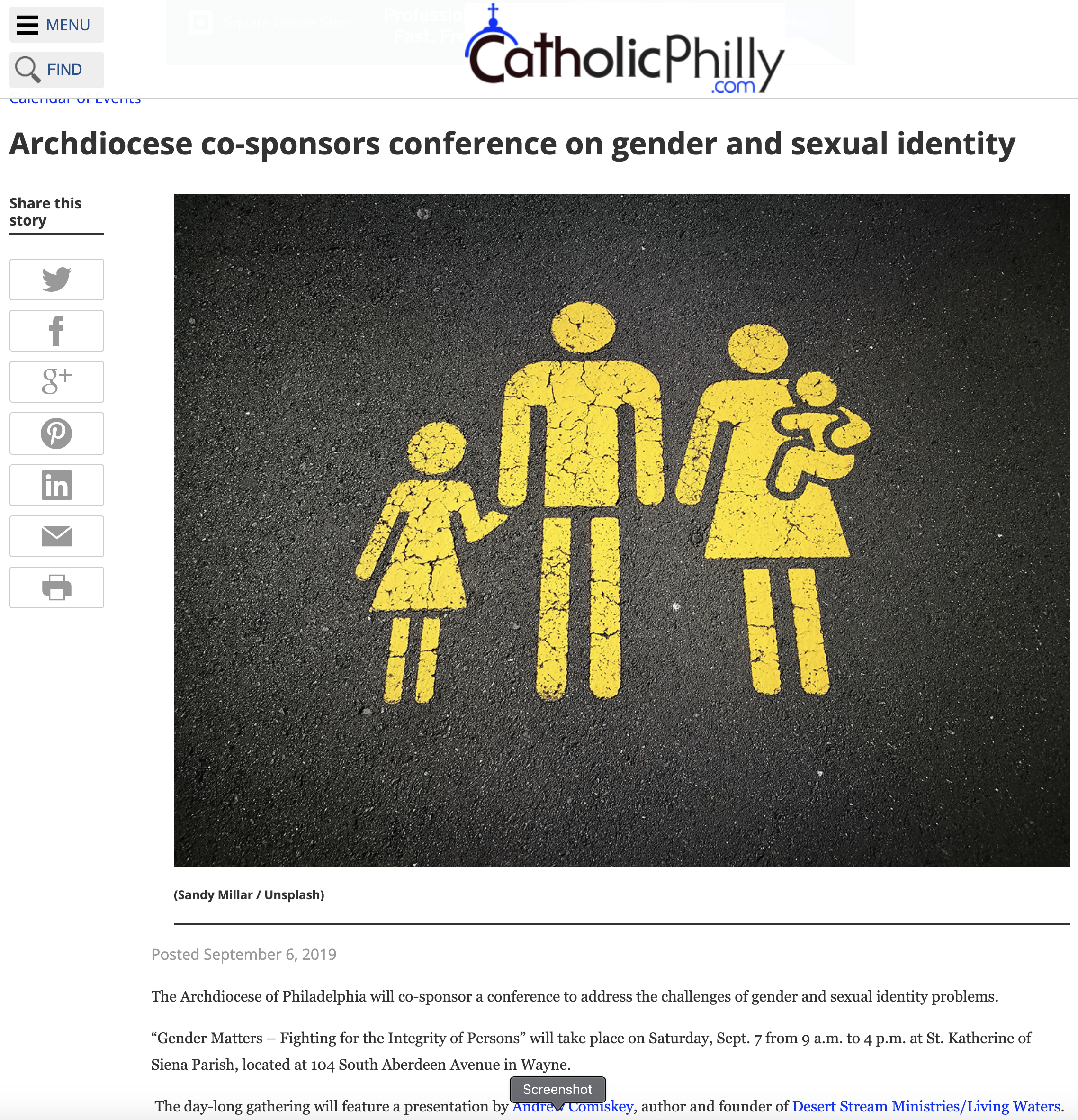 The article goes on to say:

The Archdiocese of Philadelphia will co-sponsor a conference to address the challenges of gender and sexual identity problems. “Gender Matters – Fighting for the Integrity of Persons” will take place on Saturday, Sept. 7 from 9 a.m. to 4 p.m. at St. Katherine of Siena Parish…in Wayne, (PA)…The day-long gathering will feature a presentation by Andrew Comiskey, author and founder of Desert Stream Ministries/Living Waters. The Archdiocesan Office for Life and Family has partnered with Desert Stream for the event, which will explore the compassion and clarity Jesus extends to persons facing sexual identity problems

“The brazen dishonesty of the Office for Life and Family is profoundly disturbing,” said TWO’s Besen. “One would think that an entity that supposedly upholds morality and ‘family values’ would not be so quick to break one of the Ten Commandments.”

On March 8, 2010, Andrew Comiskey wrote a blog post, “Falling Mercies”, where he confessed that Desert Stream had been, “cast out of our home church”, Vineyard Anaheim, as a result of “a darker strain of sin in our own ranks.” He goes onto reveal that this sin was, “a longstanding staff person from Desert Stream had sexually abused at least one teenager who had sought help from us.”

Comiskey alleges that he was a victim of seven-figure blackmail from the relative of one of the abused boys. This led to, “a scourging of our entire ministry through police interrogations, the naked bulb of insurance agents and their lawyers, and Vineyard elders who for good reason wanted to know what was really going on in Desert Stream Ministries.”

As a result of the investigation, Comiskey says DSM was “torn in two” and that “we the righteous became the scum of the earth–not only the defender of victims, but the predators.”

In 1998, The Los Angeles Times reported that one family sued Desert Stream alleging that a minister had sexually abused a teenager while the youth was undergoing therapy to turn him heterosexual.

Wayne Besen’s book, “Anything But Straight”, discusses a Desert Stream newsletter that reveals:

“At the end of 2000, we faced an unusual number of Desert Stream-related leaders who fell into sexual sin, or who at least demonstrated a colossal lack of wisdom in their social choices…several were placed on different plans of discipline and restoration.”(Pg. 39)

In February 2008, Truth Wins Out produced a video featuring “ex-gay’ survivor Jaylen Braiden, who claims a Desert Stream counselor took advantage of him as a teenager.

“Satan delights in homosexual perversion because it not only exists outside of marriage, but it also defiles God’s very image reflected as male and female….Another related source of demonization is the homosexual relationship itself….that attachment and communion are indeed inspired, but the source is demonic.”

Every respected medical and mental health organization in the world considers attempts to change sexual orientation potentially dangerous. The American Psychiatric Association says that sexual orientation change efforts (SOCE) can lead to “anxiety, depression, and self-destructive behavior”, including suicide. The American Psychological Association says, “There is simply no sufficiently scientifically sound evidence that sexual orientation can be changed.” Such “therapy” is considered so detrimental that sixteen states and the District of Colombia ban practicing it on minors.