Truth Wins Out founder and Executive Director Wayne Besen was honored in the November issue of Instinct Magazine as a “Leading Man.” He was joined by several other GLBT advocates and attended a party in New York City on Thursday evening to celebrate the achievement.

“I was delighted to be recognized by one of my favorite magazines alongside several GLBT advocates that I greatly admire,” said Besen.”I want to thank all of the incredible volunteers and donors that make our work at Truth Wins Out possible.”

The event was held Greenhouse Nightclub in SoHo and featured Instinct magazine Editor-in-Chief Mike Wood. Another Leading Man, Joe Jervis (pictured below with Jamie Brundage) of the wonderful JoeMyGod blog, was on hand. Supermodel and actor Ronnie Kroell was also at the club, to the delight of the crowd. Singer Ari Gold rocked the house with his smooth voice and sexy moves on stage. 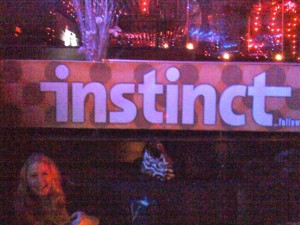