A Trump Coup is Underway, Will America Survive it?

Donald Trump does not intend to leave the White House. He is on a fishing expedition for fraud and is unlikely to stop 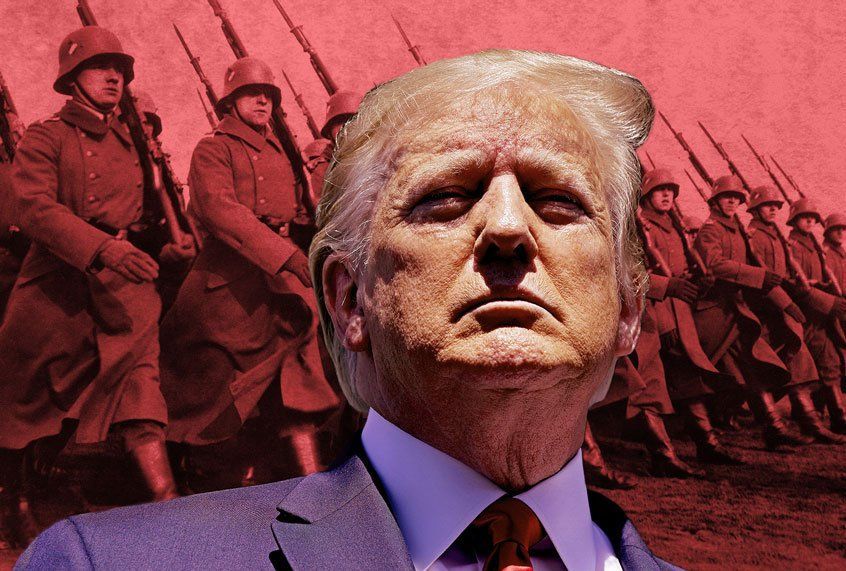 until he finds it, or more likely, invents it. Like most of his crimes and transgressions, Trump’s coup attempt is being brazenly carried out in broad daylight.

The power of the autocratic strongman is that he has no principles other than self-aggrandizement and achieving raw power. He uses audacity to stun and paralyze his prey, who rationalize that he will be cowed by moral restraint, when in reality he possesses none. We are told that Trump, a man who has spent a lifetime evading laws he finds inconvenient, will freely step aside because of the rule of law. In four years, when have laws, rules, norms, institutions or basic morality inhibited this president?

In Russian defector Masha Gessen’s New York Times essay, “Autocracy: Rules for Survival,” she writes that Rule #1 is “Believe the autocrat. He means what he says.” So, what precisely are the autocrats in the Oval Office and his cronies saying?

Secretary of State Mike Pompeo said, “There will be a smooth transition to a second Trump administration.” White House Press Secretary Kayleigh McEnany added that Trump will attend “his own inauguration.” White House trade adviser Peter Navarro furthered this narrative, saying, “We are moving forward here at the White House under the assumption there will be a second Trump term.” During a speech to the Council for National Policy, Vice President Mike Pence encountered chants of “Four more years. Four more years.” His response: “That’s the plan.”

Meanwhile, the transition is being stalled by the General Services Administration, because the agencies leader, Emily Murphy is refusing to sign the required paperwork acknowledging that Joe Biden is President-Elect. Until she signs off, there will be no federal money to support the transition of power that we keep optimistically being told will occur. Greatly exacerbating these mounting concerns, the White House budget office instructed federal agencies to concoct a new budget for the next fiscal year, as if Trump is expecting to stay in place.

The autocrat himself has been unambiguous about his plans. On November 15, he Tweeted “I WON THE ELECTION!” He fired off dozens of Tweets challenging election results and attacking those who claimed it was time to move on.  On November 19, Trump Tweeted that he had
“a very clear and viable path to victory. Pieces are very nicely falling into place.”

People who are dismissing Trump as a delusional sore loser who is sulking (all true) may be delusional themselves if they think his dangerous actions are all for show. The optimists take solace in Trump’s lack of public appearances, dearth of interest in the job of governing and his time lounging on the golf course. They see it as proof that Trump has tacitly accepted his political demise. However, the evidence suggests the opposite, with Trump using his free time to maniacally think of nefarious ways to overturn the election and subvert the will of the American people.

Trump’s actions are reminiscent of episode 2 in PBS’s series, “The Rise of the Nazis.” The story begins in January 1933 when Hitler becomes the new chancellor of Germany. His mission is to “dismantle the German state.” According to the documentary:

“He [Hitler] refuses to engage in the boring day-to-day details of running a country. He has no interest in the opinion of experts and refuses to read briefings. Instead, he tasks his team with the simplest assignment. Destroy Democracy and make Hitler dictator. Destroying democracy will take just six months.”

Sound familiar? Trump has a little over two months to accomplish the same goal and it remains a long-shot in our established republic. Yet, the odds have not stopped Trump from launching his alternative, warped new version of Operation Warp Speed, except this time the program’s goal is to demolish democracy. It is no coincidence that Trump is working with his former advisor, Steve Bannon, whose goals have included “deconstruction of the administrative state.” On November 18, Bannon told conservative talk show host Eric Bolling that he believes Trump will be installed as President.

According to Bannon, if the Trump campaign can block states from certifying their results by Dec. 8, the so-called “safe harbor” day, or by Dec. 14, the day electors have to cast their votes for president, then neither candidate may get the 270 electoral votes needed for victory.

“I don’t think that state general assemblies are going to certify the votes to put electors up,” Bannon said. “I think this is going to get kicked into the House of Representatives where Donald J. Trump will be elected president of the United States.”

In August, Bannon was arrested on a yacht and charged with fraud – which makes him an ironic, yet fitting, leader for Trump’s undemocratic efforts to prove voter fraud where none exists. In true criminal fashion, Bannon also darkly hinted that street violence might be the key to victory when he said, “Here’s the reason that you [Trump] won and you’re going to take the oath of office. We control the streets now.”

The media and Washington establishment speculate that Trump’s firing of Defense Secretary Mark Esper, and other high level Pentagon officials, and replacing them with cronies, is either out of spite or to bring home soldiers from the Middle East. It’s true that Trump had it out for Esper after he publicly opposed the president’s yearning to invoke the Insurrection Act to deploy troops in America’s largest cities, and he also wanted to reduce troop levels.

However, while such speculation could certainly be accurate, it isn’t necessarily the only possibility. Trump has likely learned his lesson that honorable military commanders could obey illegal orders, particularly turning their guns on fellow Americans.  So, Trump might be settling on the next best option, which is to shrewdly exploit the military’s reluctance to insert themselves into domestic matters to his advantage.

Like Bannon, Trump has made it clear that part of his playbook is demonizing opponents as ANTIFA leftists, to justify activating violent supporters. In March 2019 Trump warned:

In the event Trump fully unleashes armed thugs on the American people, such as the Proud Boys 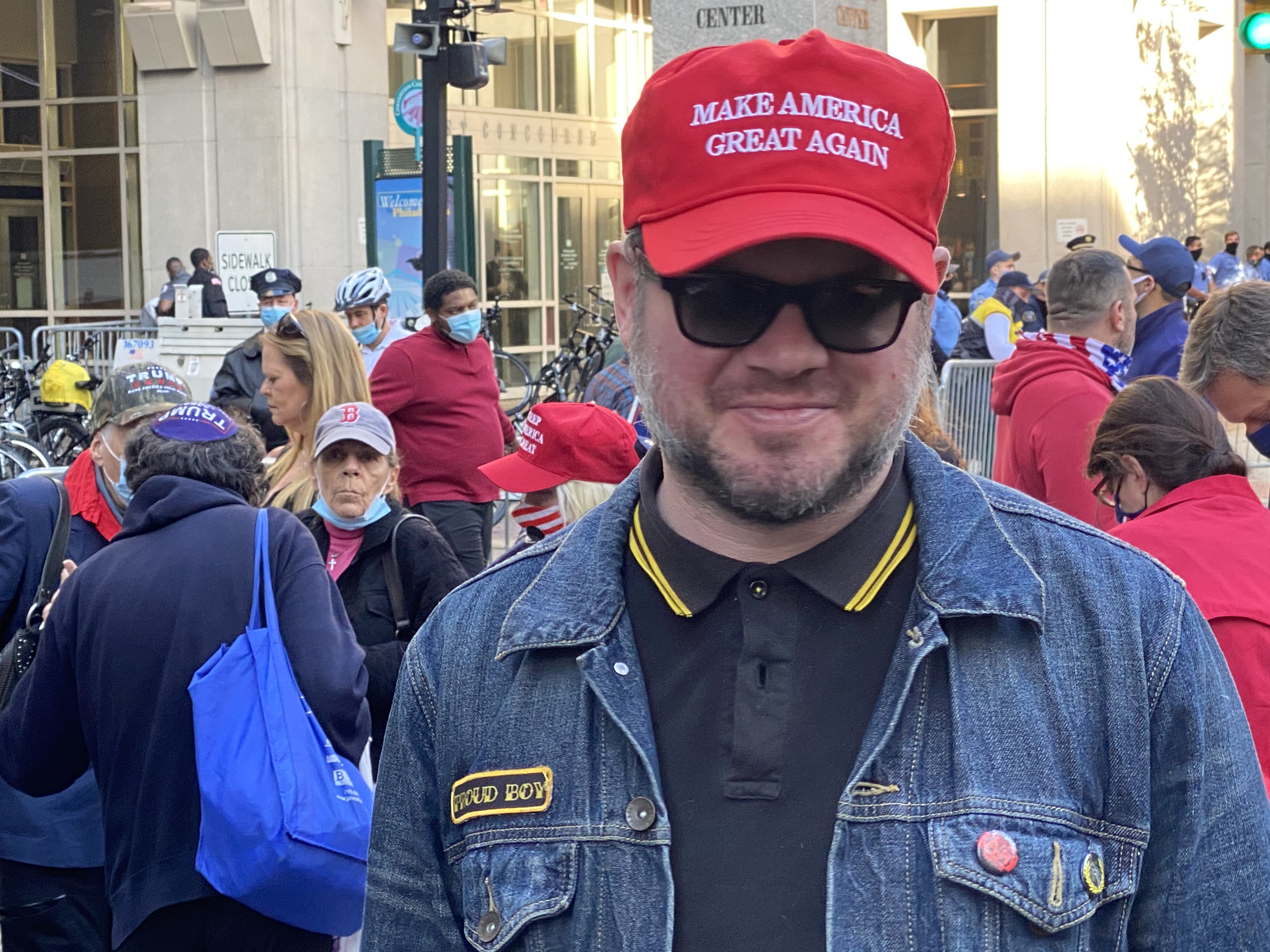 and white supremacist militias, he could use his freshly installed cronies at the Pentagon to keeps the troops in their barracks, instead of intervening to save democracy. In this sense, giving no orders – causing deadly inertia –may be more effective than trying to coax trained soldiers into breaking the law.

We can also take little comfort that the losses in court are piling up. His entire life, Trump has exploited the judicial system to drag out fights and wear down his foes. If Trump was serious about winning in his legal battles, he wouldn’t be having Rudy Giuliani running his team. The President is paying Giuliani, up to $20,000 a day, because the former New York City mayor is shameless enough to file the frivolous lawsuits that Trump needs to buy time. Winning was never the goal, it’s just a stalling tactic for Trump to change the facts on the ground.

The plan, to borrow the Russian propaganda term, is to use a “firehose of falsehood” to divide and confuse Americans into believing that the election is contested, rather than settled. After one term of Trump’s 22,500 documented lies, much of the country is primed to believe the president when he says that the “fake news” media prematurely called the election.

Any conservative who dares to contradict Trump’s false narrative, will be aggressively targeted by his sycophantic henchmen. This is precisely what happened to  Georgia Secretary of State Brad Raffensperger, who was approached by Senate Judiciary Chairman Lindsey Graham and failed Senate candidate, Rep. Doug Collins, to see if he was willing to undermine the election results. To his credit, Raffensperger fought back against threats, saying, “Other than getting you angry, it’s also very disillusioning, particularly when it comes from people on my side of the aisle.”

Similar tactics are being deployed in Wayne County, where Detroit is located, in a despicable and blatantly racist effort to disenfranchise African American voters and hand the state to Trump. Two GOP canvassing board members tried to stop the votes from being certified, before they were persuaded to reverse course. They now demand that their votes be rescinded after a call from Trump, who allegedly phoned because he was “concerned” for their safety. Trump’s latest move is to invite Republican state legislators from Michigan to the White House, to schmooze and arm twist them into sabotaging democracy.

The plot also includes firing anyone who disputes Trump’s election fraud fever dream.  The cybersecurity official in charge of safeguarding our elections, Christopher Krebs, was dismissed via Twitter after his office at Homeland Security stated that the 2020 election was “the most secure in American history.”

Sadly, the strategy is having early signs of success, with cowardly Republican members of  Congress and other GOP 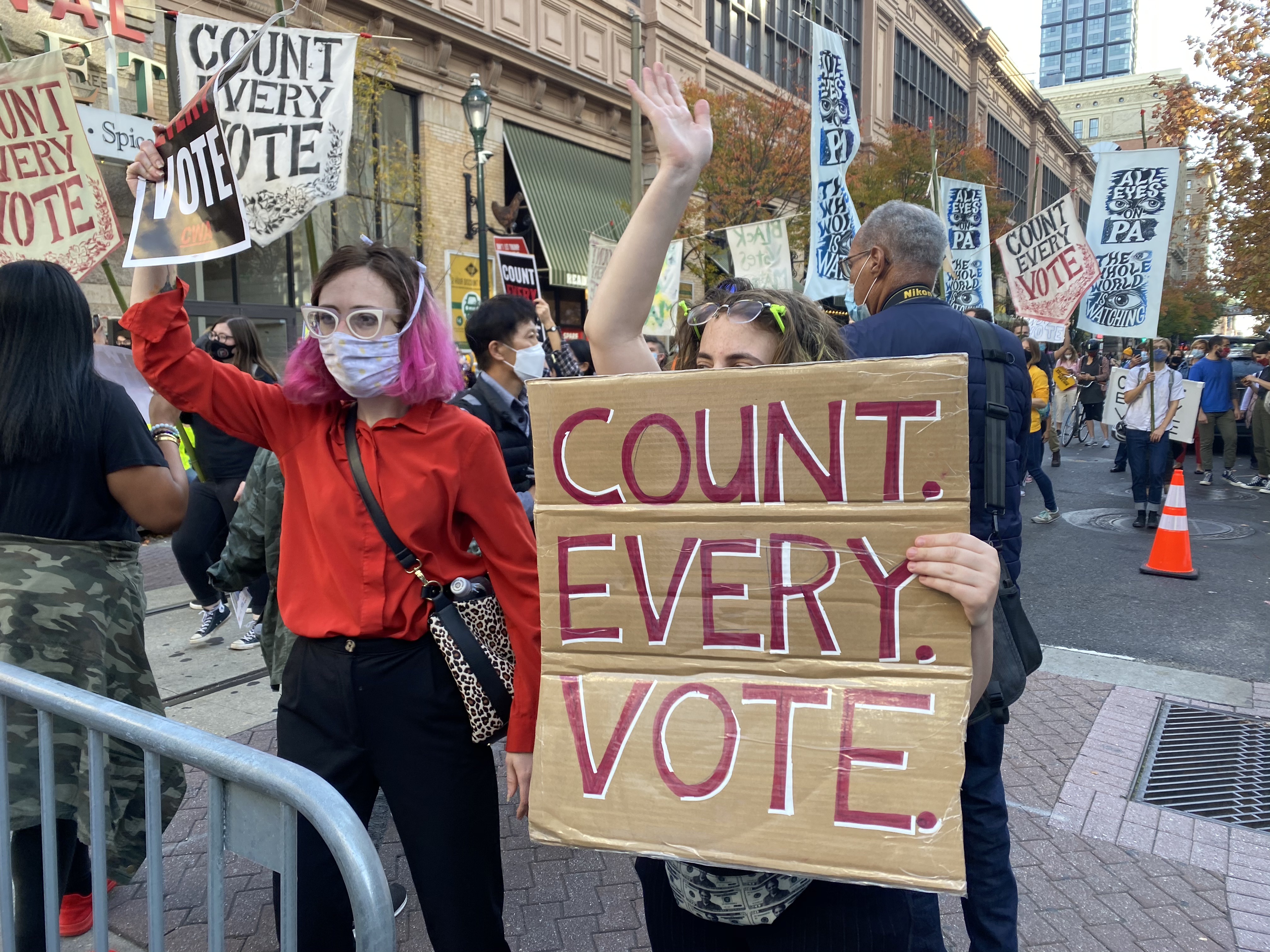 officials keeping their heads down and enabling Trump’s anti-democratic charade. The longer they do this, the more time they buy for Trump to create a false narrative and enrage his base, who believe that the Democrats stole the election. This is deeply irresponsible and could easily spiral out of control, leading to political instability, terrorism and mob violence.

At a recent press conference touting his coronavirus vaccine efforts, Trump said, “Whatever happens in the future, who knows, which administration it will be — I guess time will tell.” A headline from Business Insider typified the media’s misinterpretation of Trump’s words: “Trump had a slip of the tongue during a White House press briefing and almost acknowledged Biden’s election victory.”

It’s more likely that Trump let it slip that he never intends to go away. Sure, it would bring civil strife, if not full-scale civil war.

Do you really think Trump would be dissuaded from hanging onto power if the only way to do so was turning our cities into smoldering ash and reducing our democracy to dust? We already have the answer, considering a quarter of a million Americans have died from coronavirus, as the president downplayed the plague to lift his chances of being reelected. As the pandemic rages and breaks new records every day, the president is more disengaged and less empathetic than ever.

Donald Trump simply cares for nobody other than himself, and we have to acknowledge that this is a profoundly damaged man who is capable of anything to assuage his ego and lust for power. I’m not suggesting that Trump will succeed with his attempted coup, and I’d even bet against it. But, we can’t discount the possibility that an audacious, sociopathic leader with his own fawning media ecosystem, supported by dangerous right wing ideologues, enabled by supine Republicans in Congress, and worshipped by millions of angry supporters couldn’t pull it off.

We’d be wise to take the advice Timothy Snyder, author of “On Tyranny: Twenty lessons from the Twentieth Century” when he says, “We might be tempted to think that our democratic heritage automatically protects us from such threats. This is a misguided reflex. Americans today are no wiser than the Europeans who saw democracy yield to fascism, Naziism, or communism in the twentieth century.”

Don’t relax until Joe Biden is inside the Oval Office and smiling at the resolute desk, and Trump is on the helicopter out of town.  All evidence suggests this is far from over.