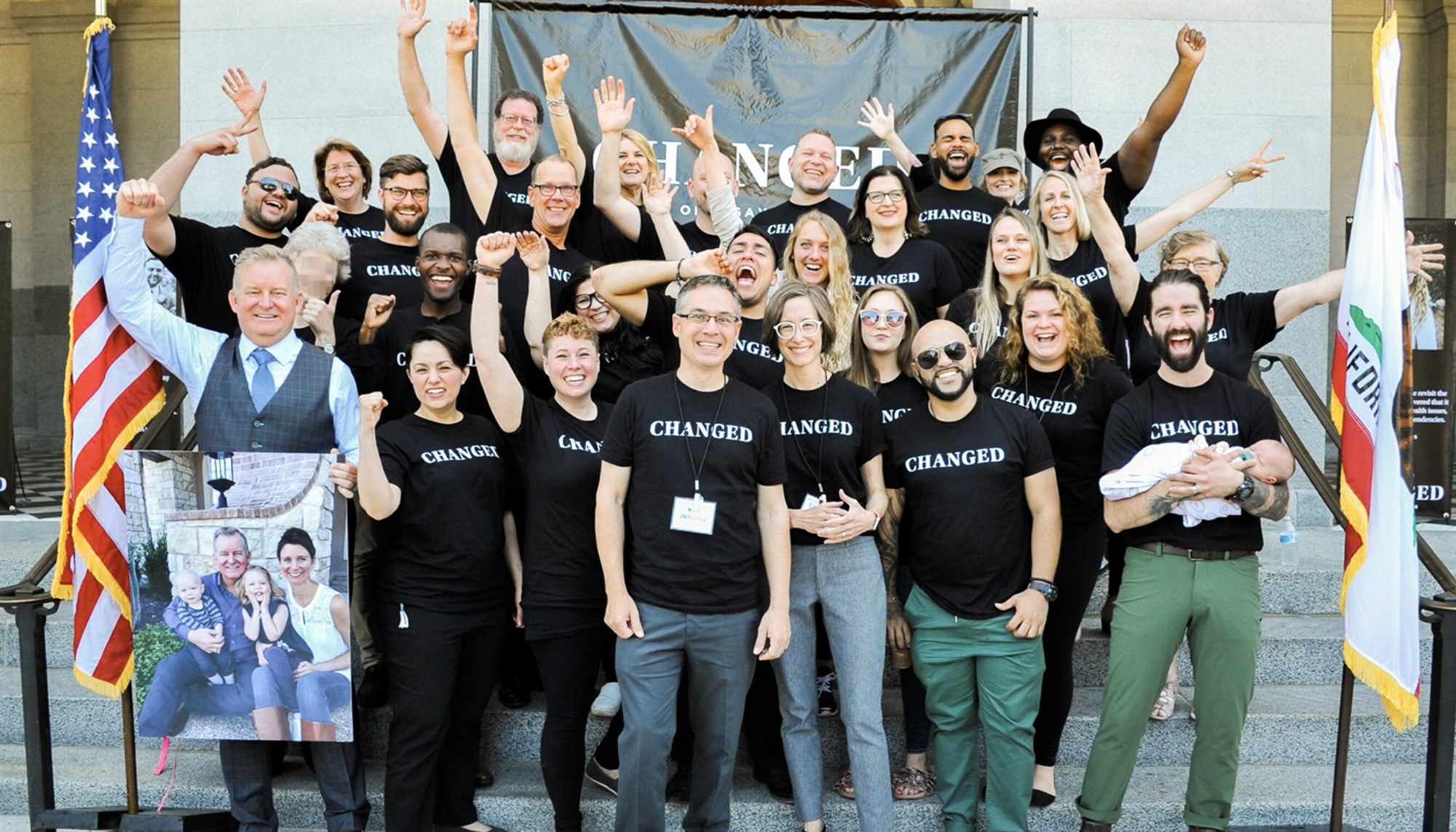 It was déjà vu when a cluster of “ex-gays” lobbied Capitol Hill in late October. They arrived in Washington to oppose two bills, one that would protect LGBT people from discrimination, and another that would ban the discredited practice conversion therapy for minors. While the messages delivered by the “ex-gay” lobbyists were not new, the faces disseminating them certainly were. So, what happened to all the “former homosexuals” who previously visited Washington to proclaim that they had “prayed away the gay?”

Most of these individuals now identify as former “ex-gay” leaders. They have apologized for the harm they have caused and renounce their past claims of sexual transformation. John Smid, for example, used to run the “ex-gay” organization Love in Action. In a video interview, Smid said, “I’ve never seen a real success story of anyone who has changed from homosexual to heterosexual.” Smid now lives in Texas with his boyfriend.

In the past year, two significant “ex-gay” leaders have come out of the closet. The first is David Matheson, a Latter Day Saints therapist who helped write the instruction handbook for the “ex-gay” program Journey into Manhood. The second, McRae Game, led a well-known conversion ministry in South Carolina for two decades. Additionally, a third conversion counselor, Norman Goldwasser was caught using the screen name “hotnhairy72” on Manhunt and Gay Bear Nation.

To no one’s surprise, the Family Research Council is behind the onslaught. They worked directly with Rep. Vicky Hartzler (R-Mo.) to book a room inside Capitol Hill to hold an “ex-gay” forum. If any group in America should be skeptical of the efficacy of “ex-gay” programs it’s this organization. FRC was a key coordinator of 1998’s failed Truth in Love campaign. This high-profile $600,000 effort highlighted the stories of “former homosexuals” in major newspapers, as well as releasing a series of television commercials. Hopes for this campaign ran so high, that an FRC spokesperson, Robert Knight, called it the “Normandy landing in the larger cultural wars.”

Michael Johnston was a star of a television ad, where he said, “A decade ago, I walked away from homosexuality through the power of Jesus Christ.” In 2003, he also walked into a motel room to engage in indiscretions with men that he met online. Johnston stepped down from his ministry for what the American Family Association referred to as a “moral fall.”

The other stars in the 1998 campaign were John and Anne Paulk, who worked for Focus on the Family and appeared on Oprah and on the cover of Newsweek under the headline, “Gay for Life?” In 2000, I photographed John Paulk in Mr. P’s, a now closed gay bar in Washington, DC. While his wife Anne remains in the “ex-gay” world, John has apologized for his role in the “ex-gay” movement and is living with his boyfriend.

Yvette Cantu Schneider is a former “ex-lesbian” leader, who was a high profile spokesperson with The Family Research Council. In a video session, she said, “You know what I spent my time doing? Dealing with leaders in ‘ex-gay’ ministries who were having sex with the people who were coming to them for help.”

Today’s version of the Truth in Love campaign is the “Changed” movement. In an effort persuade lawmakers on Capitol Hill, a Changed movement spokesperson, Jim Domen, declared, “I changed my orientation.” It’s reminiscent of a 1998 ad headlined, “We’re standing for the truth that homosexuals can change.”

The men and women who appeared in the ad were part of Exodus International, which closed in 2013. The organization’s former President, Alan Chambers, has apologized and said, “I gave you the wrong information…I’m sorry to the parents who believed what I said, that they could change their kids.” The former Vice President of Exodus, Randy Thomas, is in Tallahassee this month lobbying for a state bill to ban conversion therapy for minors.

The dishonesty and cynicism of the Family Research Council is mind-blowing. They are rebooting and rebranding a failed experiment, hoping that Americans have amnesia and forgot the Truth in Love catastrophe. Sadly, they don’t seem to have much concern for the victims left in its wake.

The wild tales of transformation told by “ex-gay” lobbyists are entertaining, but they must be taken with a mine of salt. If history is any indication, these Changed spokespeople will soon apologize and be marching in Gay Pride parades, alongside an ever-growing chorus of former “ex-gay” leaders.

Wayne Besen is the Executive Director of Truth Wins Out and the author of Anything But Straight: Unmasking the Scandals and Lies Behind the Ex-Gay Myth