If you walked into your local mall today, and sandwiched in between Banana Republic and Victoria’s Secret 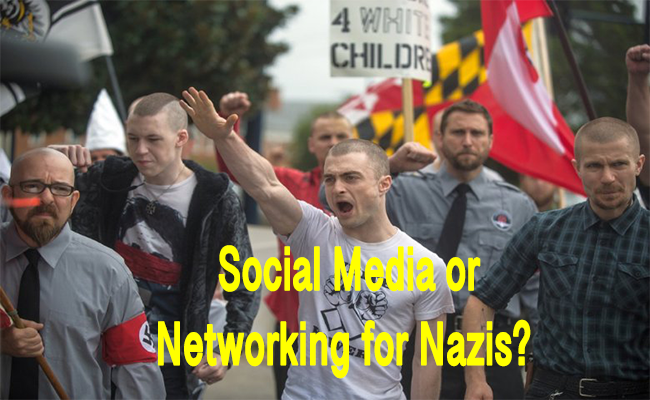 was a shop peddling Nazi paraphernalia, you’d probably be livid. Community protests would quickly erupt and breathless news crews would rapidly be deployed. Yet, we passively accept that our major tech companies have given space – in between legitimate profiles and videos — for Nazis to network and white supremacists to hawk offensive T-shirts and hate music. The world doesn’t have to be this way and we should no longer accept this growing threat to our personal and national security.

The Big Tech companies would have you believe that it’s an impossible task to shut down the online hate machine. This is not only demonstrably untrue, but these companies aren’t even trying. What they are truly afraid of is losing market share by reducing the total number of users – because hateful bigots are not an insubstantial number of their customers. Well, it’s too bad if these mammoth companies aren’t quite as rich in the effort to make the world a saner and safer place. They need to take action now before the problem gets worse.