Like most people, I initially chuckled when I read Peter Montgomery’s article in Right Wing Watch. In an effort to drive 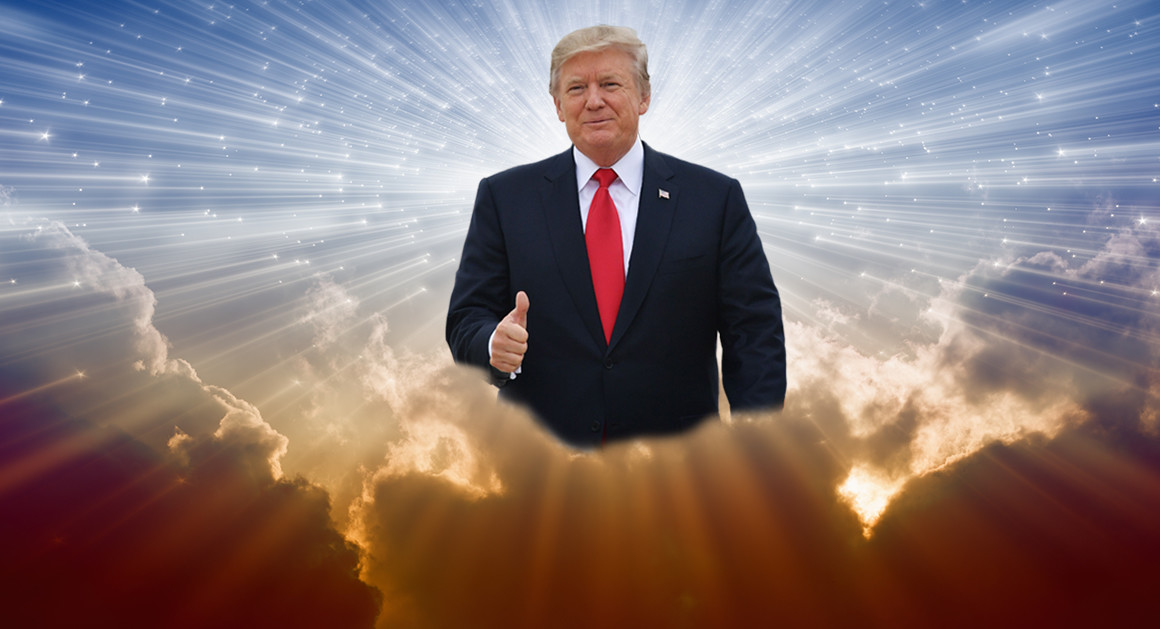 demonsout of the White House, Montgomery reported that Donald Trump allegedly had a Christian “prophet” dress up as a janitor for eleven hours and furtively sprinkle holy olive oil on each door. Montgomery learned of the incident by obtaining a recording made by New Apostolic Reformation “apostle” Georgian Banov.

I’m not sure what is more amusing, picturing this bizarre White House ritual or the idea that Donald Trump has any concept of spirituality other than worshipping the almighty self. Unfortunately, once the laughter subsides one must ponder Trump’s association with the New Apostolic Reformation (NAR), a peculiar and rabidly homophobic cult with a ravenous appetite for political power. Moreover, NAR has disturbing ties to Russian President Vladimir Putin’s inner-circle and one must consider the slim, but real, possibility that this liaison could potentially be used as an under-the-radar conduit for clandestine message exchanges between Putin and Trump.

To begin with, NAR is the most influential evangelical network you may never have heard of. It is a worldwide coalition of charismatic Christian preachers, some who fancy themselves modern day apostles, who have a huge following and regularly fill stadiums of believers across the globe. They are fervent adherents to Dominionism, which is the idea that conservative Christians should rule the earth with an iron fist and pass laws that codify their intolerant values. NAR considers those with different views to be infidels who are under the influence of demonic forces. (This is why they dispatched the bogus janitor to “cleanse” the White House of evil spirits.) 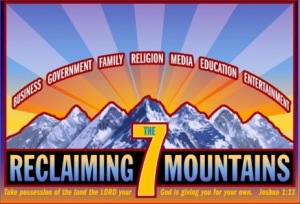 Mandate.” This philosophy instructs “Bible believing” Christians to seek control of seven key sectors of society known as “mountains”: Education, government, media, business, arts & entertainment, religion, and the family. They believe their church must prevail because these areas are currently occupied by “darkness.”

In 2011, as part of their plan to infiltrate the “Mountain of Education”, NAR held a conference at Harvard. Truth Wins Out participated in a protest and we sponsored a full-page ad in the Harvard Crimson headlined, “Hate Comes to Harvard.” In the ad, we pointed to several quotes by leading NAR officials, including ones that refer to homosexuality as an “abomination” and call marriage equality a “demonic agenda.” One well-known apostle, Lou Engle of the International House of Prayer (IHOP), had previously helped fan the flames of hate in Uganda at a time when this nation was debating whether to enact the infamous “Kill the Gays” bill.

NAR is best known for its dramatic faith healing televangelists who histrionically peddle miracles to gullible people. Here is a typical example of their over-the-top style of worship:

Apostle Kimberly Daniels, a Jacksonville City Council member known as a an anti-gay “demon buster”, raised eyebrows when she remarked, “You can talk about the Holocaust, but the Jews own everything.” She also upset people by saying, “I thank God for slavery. If it wasn’t for slavery, I might be somewhere in Africa worshiping a tree.”

Another luminary in the NAR world is Cindy Jacobs, who was widely mocked after she claimed that thousands of birds and fish were dying in Arkansas because Don’t Ask/Don’t Tell was repealed.

Heidi Baker is another luminary in this movement. Rachel Tabachnick, a researcher who studies NAR, points out, “not only [does Baker] claim to raise the dead, but also claims supernatural ‘multiplication’ of meals, similar to Jesus multiplying the loaves and fishes.” In this video Baker brags about healing a leper by stomping on his feet.

I’ll stop with the creepy and outlandish examples of NAR leaders because I could literally fill ten websites highlighting their theatrical tomfoolery. But we should be concerned that people so fanatical and cruel, who practice a doctrine prioritizing political power and cultural dominance, may be influencing the President’s views.

There is also the disturbing specter that Trump is using NAR to communicate directly with the Kremlin. Exchanging messages with Moscow through, for example, a fake janitor sprinkling holy oil on White House doors, would be a perfect smokescreen to conceal such nefarious activity. After all, people are less likely to be on guard when it appears that Trump is simply worshipping with pastors.

However, NAR has been intimately tied to Russia and has a deep kinship with Putin bordering on hero worship. NAR expert Bruce Wilson had previously written for Truth Wins Out about the relationship between NAR leader Rick Joyner and a virulently anti-gay Russian oligarch in Putin’s inner circle. According to Wilson:

Joyner has long been a dedicated cheerleader for the authoritarian rule of Russian president Vladimir Putin. In a 2002 “prophetic bulletin”, Joyner declared, “God’s grace is extended toward Russia, and He is the One who put in Putin. Joyner has cultivated ties to top Putin allies such as head of the Russian railway system Vladimir Yakunin. He even claims to have personally met members of Putin’s nuclear family.

I want to be abundantly clear that I have no evidence whatsoever supporting the idea that NAR is a clandestine intermediary serving as a courier for Trump and Russia. There is no conspiracy to speak of – and I’m making no accusations. Nevertheless, this connection is worth noting because, once again, it seems those who surround President Trump have irregular and troubling ties to Putin’s anti-American inner-circle. The slavish devotion to Putin by some NAR leaders, and others on the American Religious Right, is concerning at a time when Russia has attacked our country’s elections and the FBI is investigating whether the Trump campaign colluded with Russia.

While Trump may believe he is using this right wing network to cement support from his conservative base, it is just as likely

that NAR is exploiting the President’s incessant need for affirmation to ingratiate their way into his inner-circle. As previously mentioned, NAR has colossal political ambitions and likely views Trump as a unique vehicle to deliver the network to the upper echelons of power – a goal they would be unable to achieve in a normal political universe with responsible adults in the White House.

What most concerns me is NAR’s belief that God has chosen specific people to lead the world, anointing them with divine blessings. The practical result of such a radical belief system is that decisions made by political leaders can always be rationalized, because God, after all, knew precisely what He was doing when he placed these special people in positions of power. This seems like a faith tradition that might be uniquely appealing to a person like Trump, a man that many psychological experts believe may suffer from malignant narcissism.

Mueller’s investigation is rapidly intensifying and closing in on the Trump family. If overwhelming evidence comes out that implicates the President or close associates in crimes, Trump may begin to lose Republican allies. With his back against the wall, Trump may warm further to NAR, an extremist group that has long lusted after power and will reassure the President that his behavior, even if morally wrong or illegal, is justified because God Almighty ordains it.

This story may not develop beyond the comical anointing of White House doors with holy olive oil. However, it is certainly worth paying attention to a budding relationship between an increasingly paranoid, egocentric president who loves to be worshipped, and religious cult with deep Putin connections and designs on world domination, that is more than willing to flatter its way to the pinnacle of power.

Wayne Besen is the Executive Director of Truth Wins Out (TWO). Founded in 2006, TWO is a nonprofit think tank and advocacy organization that fights against right wing extremism, the “ex-gay” myth and anti-LGBT discrimination.