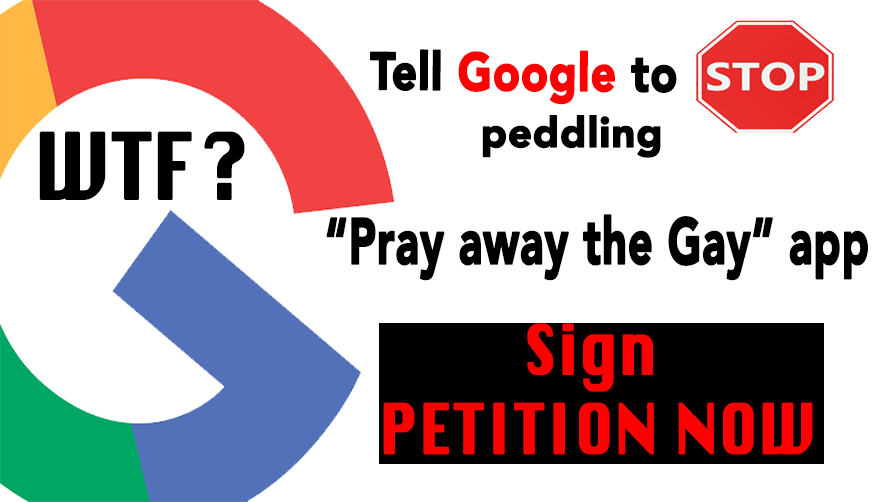 Google Should Follow the Lead of Apple, Amazon and Microsoft by Nixing Dangerous Hate App from Online Store

WASHINGTON – Truth Wins Out urged supporters who care about the mental health of LGBT youth to sign a new petition today at Change.org urging Google to delete a dangerous and demeaning “pray away the gay” app from its online store. TWO expressed deep concern and disappointment with Google, a company that touts diversity, yet is peddling a deceptive app that that stigmatizes and dehumanizes LGBT people.

“Google can’t have it both ways,” said Truth Wins Out Executive Director Wayne Besen. “Either the company stands for diversity and decency, or it stands with an app that promotes hate and harm to LGBT people, particularly vulnerable youth who are targeted by this deceptive and destructive app. We strongly urge Google to stop its inexplicable foot-dragging and follow its own stated principles and guidelines by eliminating this toxic product.”

On Jan. 2, Google sent Truth Wins Out an email that stated: “We’ve passed your request along to the appropriate team here at Google for further investigation. While you may not receive any further response from them, know that they are investigating the issues you raised in your correspondence and will take action as appropriate.” And yet, the app still remains, posing a threat to the mental health and well being of LGBT people.

“It’s time for Google to join Apple, Microsoft and Amazon to delete this heinous app that promotes prejudice and fosters discrimination,” said TWO’s Besen. “We are hoping this is simply an oversight from a very large company, rather than an objectionable policy decision that would warrant further action.”

Some Christian conservatives have falsely portrayed our effort to remove the app as an attempt to silence their beliefs, but nothing could be further from the truth. Living Hope is not just a set of beliefs, but represents an unethical business that profits by peddling an ineffective product that cause psychological pain to its clients, who then are blamed and shamed when they are unable to alter their sexual orientation or gender identity. Living Hope promotes a discredited form of therapy that is rejected by every respected medical and mental health organization.

The American Psychiatric Association says that attempts to change sexual orientation can lead to “anxiety, depression and self-destructive behavior,” including suicide. The American Psychological Association says, “There is simply no sufficiently scientifically sound evidence that sexual orientation can be changed.” Such “therapy” is considered so detrimental that fourteen states and the District of Colombia ban practicing it on minors.

The pseudoscientific advice promulgated by Living Hope, which its staff is wholly unqualified to offer, is also of grave concern. The organization incorrectly tells clients that gay people “experience detachment from their own biblical gender” and that “many who struggle with SSA (Same Sex Attraction) have issues with abandonment.” Living Hope markets products to kids such as, “Why? Understanding the Roots of Male Homosexuality and Gender Identity”, as if their untrained, ill-equipped staff is certified in dispensing medical or mental health advice to young clients.

Living Hope is also grossly misleading clients by not revealing its complete history. For years, the organization was part of the “ex-gay” umbrella group Exodus International, which had its app taken out of the Apple store in 2011 after Truth Wins Out launched a Change.org petition that gathered nearly 150,000 signatures. Two years after the app was removed, Exodus closed its doors after acknowledging that their program did not successfully transform people from gay to straight. Living Hope’s embarrassing affiliation with a now-defunct ministry is not appropriately reflected in the group’s app or website, giving the false impression that this ministry has a history of success, when it has one of notable failure. 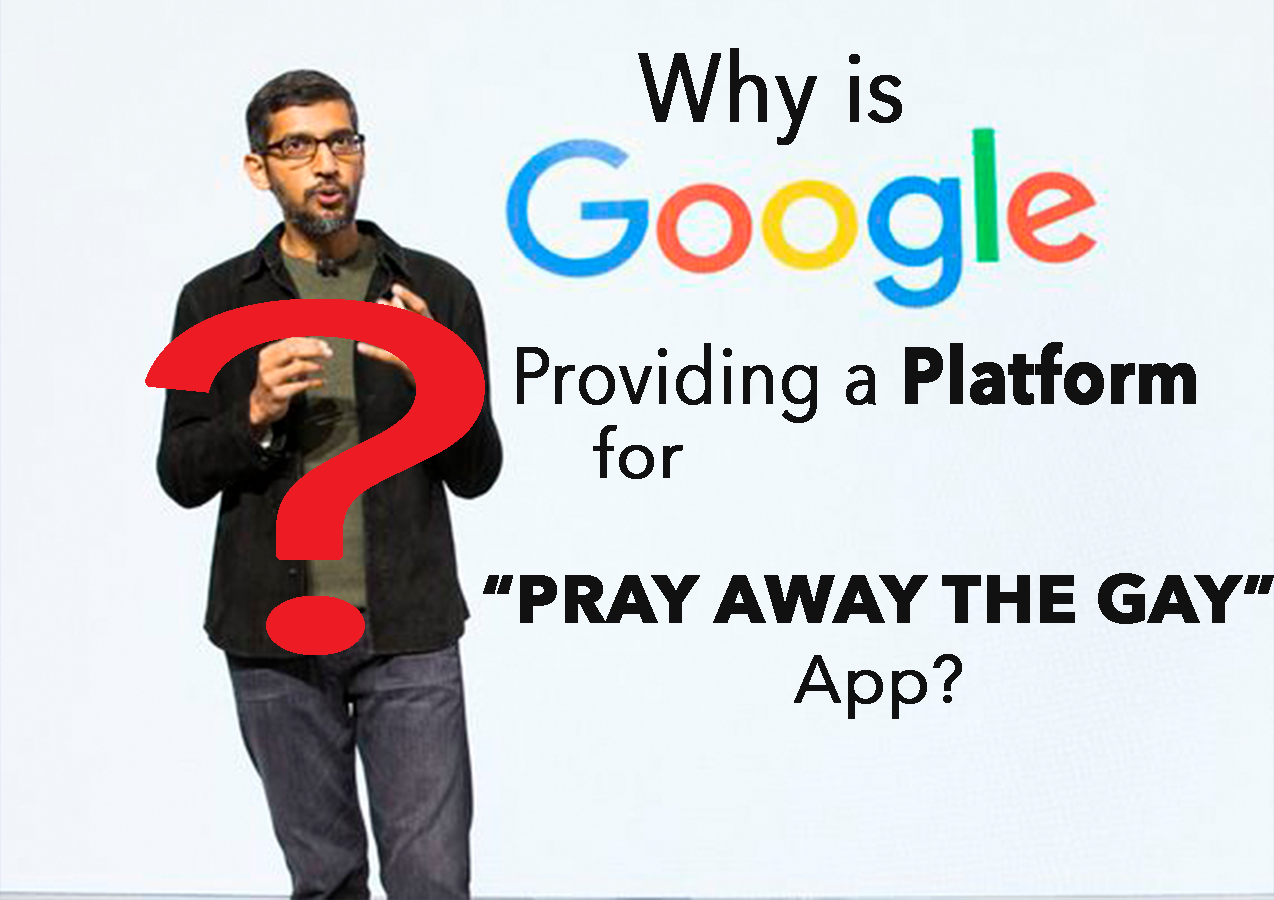