Matt Hill Comer, a student at UNC Greensboro, wrote a great column today discussing how a stealthy “ex-gay” camp, Ignite Student Outreach, recruited him and other North Carolinians with a slick brochure. 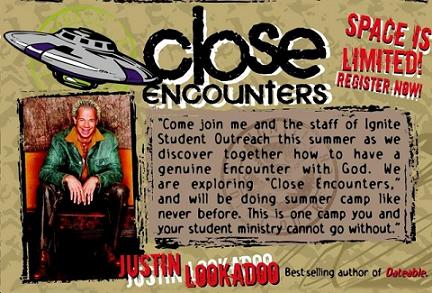 “After first going public with Ignite’s promotional invite, I quickly found out that I wasn’t the only gay North Carolinian to receive it,” wrote Comer. “Pam Spaulding, a nationally respected l lesbian blogger who lives in Durham, also received the invite. Ignite’s targeted e-mail campaign toward gay youth and activists is telling of an active attempt to recruit gay youth in the South.”

“It is alarming that Exodus is aggressively pursuing children with a stealthy ‘ex-gay’ summer camp,” said TWO Executive Director Wayne Besen. “Considering the organizations questionable past regarding children, the group has no place going after vulnerable youth. We are appalled by Exodus’ actions and will monitor this camp to ensure children are not taken advantage of, manipulated or abused.”

Exodus has already encountered problems with leaders preying on vulnerable children. According to the Los Angeles Times, in 1998, one family sued Desert Stream, arguably Exodus’s premier ministry, alleging that a minister had sexually abused a teenager while the youth was undergoing therapy to turn him straight. According to the article, the family settled its lawsuit for an undisclosed sum.

“We are still waiting for Exodus to come clean and share the sordid details of this case with the public,” said Besen. “What professional standards or measures has the group enacted to make sure abuse does not happen again?”