A disturbing New York Times story was just published on a married New York gay couple that sold out and hopped on the “Trump Train.” They did this, it seems, not because of the 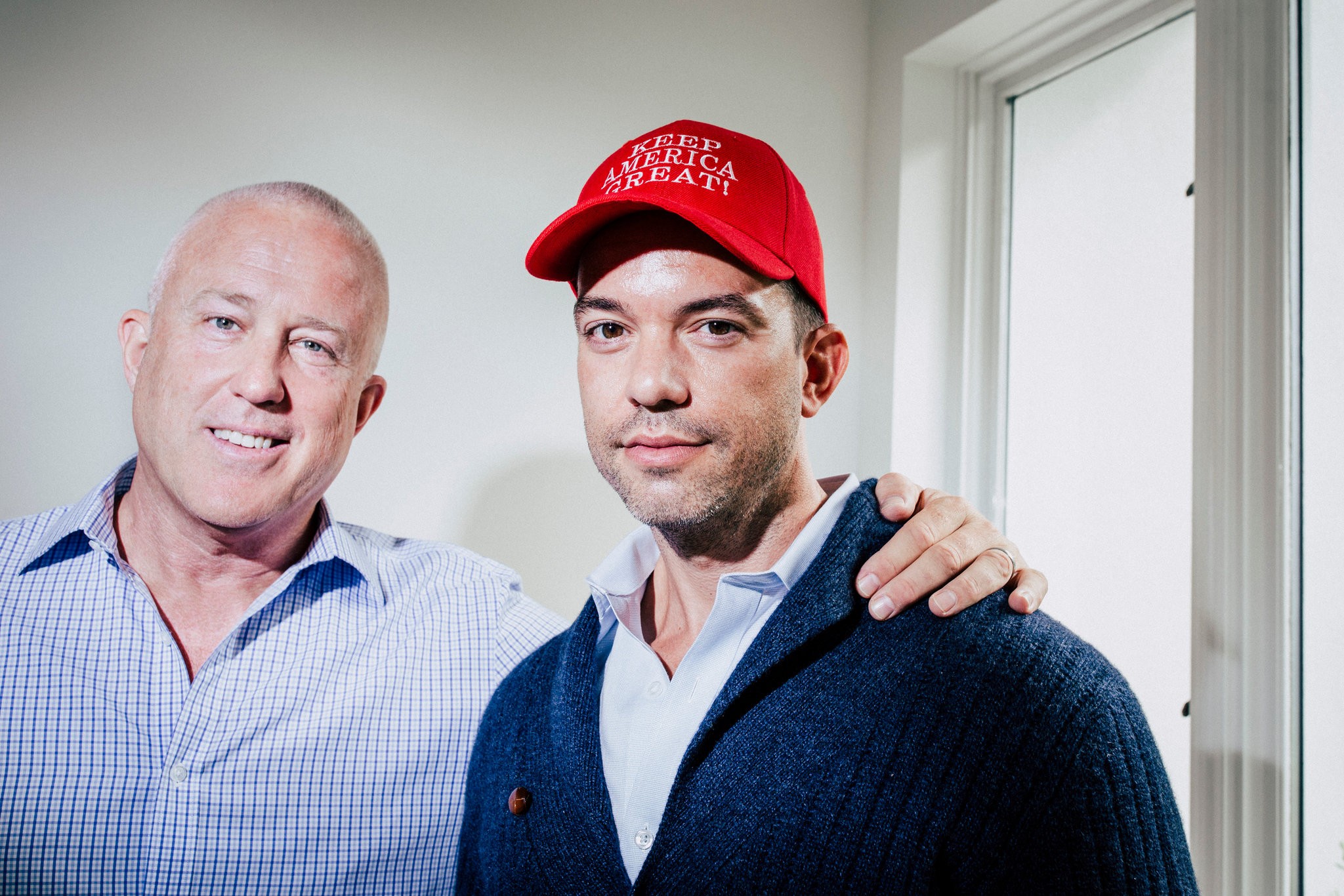 issues, but because they felt slighted by the Clintons who did not pose with them for enough pictures or sufficiently kiss their entitled derrieres. According to the New York Times:

Bill White and his husband, Bryan Eure, are not red state evangelicals or die-hard right-wingers. In fact, for years, they were key players among a cohort that Mr. Trump loathes: Manhattan’s liberal elite…. The two men were not only longtime backers of left-wing causes, but firm supporters of Hillary Clinton who put their clout and cash behind her two White House bids. President Barack Obama was the guest of honor at a $39,500-a-plate truffle risotto fund-raiser dinner they hosted once in their Chelsea townhouse.

They are throwing a $5 million fund-raiser for President Trump this winter, and are quick to make it known that they have the president’s sons’ cellphone numbers on speed dial. They have poured more than $50,000 of their own money into supporting the president, who smiles in photos on the bookshelves of their home.

The most peculiar part of the story is the moment of conversion for Bill White:

The genesis of the couple’s reversal can be timed to about midnight on Nov. 8, 2016. Inside the Jacob K. Javits Convention Center in Manhattan, at Ms. Clinton’s election night event, Mr. White stood watching the returns in an increasingly funereal atmosphere. He got in his Chevrolet Suburban and drove to the New York Hilton in Midtown, where Mr. Trump was celebrating his win.

“I didn’t want to be part of that misery pie; I’m not a wallower in self-pity,” said Mr. White, who now runs Constellations Group, a strategic consultancy firm. “I really believe that once that decision is made, you have to get behind your president.”

The 2016 election was one of the most divisive in American history with candidates articulating clear differences in style and policy. If you believe that climate change is real, you support Clinton. If you support LGBT issues, you don’t go with the dude who picked Mike Pence to be Vice President and kisses Franklin Graham’s ring. If you are for diversity you go with Clinton. If you favor racism, misogyny and anti-Semitic conspiracy theories, you choose the guy who began his campaign by comparing Mexicans to rapists, tried mightily to avoid criticizing former KKK Grand Wizard David Duke, and was exposed on an Access Hollywood tape as a man who thought he could sexually assault women because he is famous.

If a person is sincere and holds bedrock values, an Election Night switcheroo of allegiances is inconceivable. Unless, that is, the political donor is a soulless opportunist whose support for candidates is narcissistically based on high maintenance ego massaging and the social benefits the candidate is able to deliver on a silver platter.

Furthermore, the bizarre idea of erratically jumping ship from a Clinton rally to a Trump victory party as a mood lifter, suggests much deeper issues that probably should be addressed. The people at the Clinton rally were sad because they feared for their healthcare, worried about instability in the world, and pondered a future with setbacks to voting rights, race and women’s issues, the Supreme Court and recent LGBT advances.

For two men who supported Barak Obama and Hillary Clinton with gusto, how could they not feel a sense of despondency over a Trump victory? Unless, that is, they cared little about core issues and were only involved in politics for personal gratification and gain. The New York Times provides the sad and pathetic answers for what drove the treachery of Bill White and Bryan Eure:

They described a litany of slights by Democrats as motivation for switching sides.There was the time, earlier this year, at Ralph Lauren’s Polo Bar in Midtown Manhattan, when Mr. White spotted Chelsea Clinton across the dining room. Offended that she failed to acknowledge him, Mr. White said, he whipped out his phone and dialed Donald Trump Jr. “He said, ‘Do you want me to come over? I’m at the office, do you want me to?’” Mr. White added: “Trump picks up on the first ring. If you want to get to Chelsea Clinton, you have to call through five people.”

There was also this little self-pity party:

Then there was the time in 2016 when Mr. Eure said he had headed to Philadelphia from the Hamptons to watch Hillary Clinton speak at the Democratic National Convention. A windstorm had grounded all the commercial aircraft, so he pulled gilded strings to borrow a friend’s helicopter, he said. But as the couple rushed to say hello to the candidate, a staffer blocked them. “This was about because we didn’t write a $25,000 check” in the final stretch of her campaign, Mr. Eure said. Ms. Clinton’s campaign rejected the claim. Since boarding the Trump Train, as they call it, for every morsel of recognition the Trumps have offered, the couple has responded with a feast — sometimes literally.

The gay couple now dines with Bill O’Reilly and are apologists for a dreadful administration that supports authoritarian regimes, openly attacks transgender service members, encourages voter suppression, tilted the Supreme Court to the extreme right, undermines the media, undercuts norms and the rule of law, lies incessantly, and fans the flames of bigotry and hate:

Apparently, White and Eure believe that their money makes them immune from the consequences of a president who lusts for authoritarian power, destabilizes democracy across the globe, undermines the worldwide commitment to human rights and sucks up to corrupt, homophobic and occasionally murderous right wing regimes such as Russia, North Korea, and Saudi Arabia.

Hopefully, the Democrats in the House can stave off the worst impulses of this dangerous president, and Robert Muller’s report will shed light on Trump’s corrupt, if not treasonous, actions. If the Democrats fail, God help us all, these two spoiled, over-privileged, solipsistic fools will find out, probably after it’s too late, that they were used and that all the money in the world won’t protect them from the consequences to come.

UPDATE: Drag queen screenshots Byran Eure’s transphobia before he could delete it.