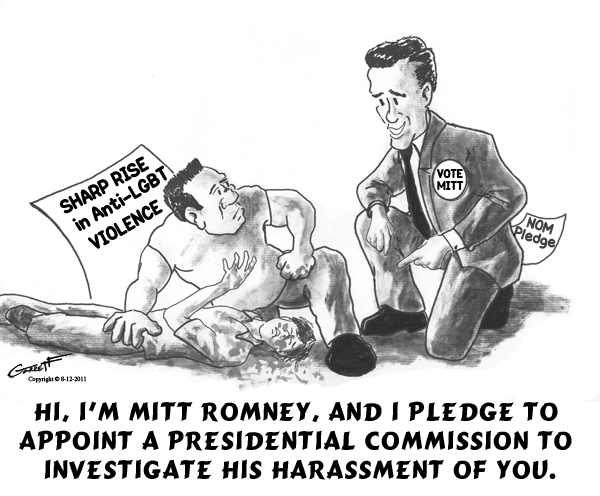 The NOM pledge contains a clause committing its signers to establish if elected, a presidential commission to investigate the “harassment” of anti-same sex marriage supporters.  Time was, presidential commissions were formed to investigate rising violence against minorities, not minorities exercising their right to defend themselves from hate mongers and cheap political attacks.