This isn’t the only news of concern to gay Americans this morning after, but for me it pretty much sums it up.  Rand Paul, white heterosexual tea party candidate won his contest last night, and among cheering white heterosexual supporters announced to the world…

I have a message – a message from the people of Kentucky, a message that is loud and clear and does not mince words: We’ve come to take our government back!

As Roy Edroso over at Alicublog says…

So if the next few years promise nothing else good, at least it’ll offer a great show. It would have been nice to live in America’s glory days, when gas was cheap, the living easy, and the top tax rate 91 percent, but this was not our lot, so we must make the best of what we’ve got. The old curse about interesting times has fallen on us, but at least they’re interesting.

Actually, I am old enough to remember living in those times…the trailing end anyway.  Yes, it was nice…at least for working class white people. Probably not so nice for racial minorities and definitely not so nice for women.  I was raised by a single working mother and it’s only looking back that I see how poor our situation was due to the way women, and especially divorced women with children, were discriminated against back then.  But even she was able to afford to raise a kid decently on her income, and I got a good education in the public schools I went to.

Imagine that.  Just…imagine an America, where we all have a share of that American dream thing.  Even black people, brown people, red and yellow people.  Even that poor soul behind the checkout counter schlepping your purchases across the scanner all day long.  Even single mothers.  And even their kids, gay or straight, get a decent education, and feel loved.  Imagine. 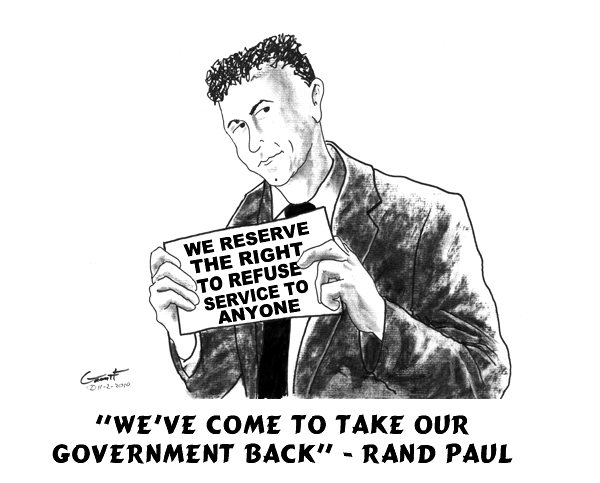