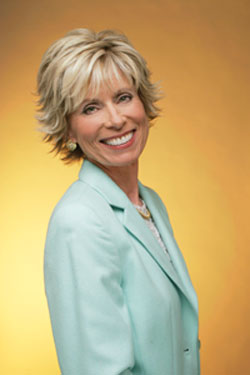 What a week: Marriage Equality in Iowa and Vermont. Recognition of all legally married couples in Washington, DC. Pastor Rick Warren is backing off of his Proposition 8 stance. And now, “Dr.” Laura Schlessinger, the notorious right-wing talkradio host, seems to be softening her views against gays too.

On the April 9 “Larry King Live,” the arch-conservative advice-giver did not give her support to the idea of “gay marriage” and claimed to have no opinon about the recent marriage decisions. For once, King didn’t let the matter drop:

Larry King: But you’ve always favored that marriage must be between a man and woman.Laura Schlessinger: I’m very big on human beings finding love, attachment and commitment and being faithful to it, because there’s more to benefit when there is real true commitment and faithfulness to it. I still believe, as just every president has, and all the people who ran for office, that marriage is a sacrament between a man and a woman. So not calling it marriage works for me. But that two people would have that sort of commitment to me is very healthy and very positive thing in their lives and society as a whole.

King: So, you favor marriage between a man and a woman, but you applaud the fact that even people of the same-sex can have that kind of commitment to each other.

Schlessinger: That’s a beautiful thing and a healthy thing.

Must be awfully frosty in Hell today. And truly, the cause of equality must be moving forward.