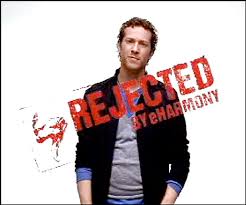 Now, we’ve heard a lot about eHarmony of late: The site founded to serve Christian unmarrieds in 2000 initially discriminated against gays and lesbians seeking mates. Recently, the company announced plans to open CompatiblePartners.net, a companion site that will serve the GLBT community. Some have reacted with glee, while others find eHarmony’s separate-site approach to attracting gay dollars offensive. Still, this is the first time we’ve heard an entity admit to feeling sadness over the matter.

“Raising a white flag of surrender over foundational Christian principles cannot be an option when we truly believe that such truths are the gateway to freedom and new life,” Chambers said in the release. “The Bible is clear that homosexual relationships were never part of God’s creative design for humanity, nor is it His best plan for individuals. Those of us who have experienced the emptiness of gay life know that promoting it will inevitably lead to more heartache for many.”

What this has to do with the way in which a business chooses to operate escapes us. And what does eHarmony’s outreach to prospective gay and lesbian clients have to do with Exodus’ work? The group leadership says again and again that ex-gay ministries and likeminded reparative therapists exist to help those seeking relief from unwanted same-sex desires. In order to make a profit, eHarmony seeks to serve those looking to act on those desires. How does this threaten the work of Exodus and its hundreds of affiliates?

Chambers should take comfort knowing that eHarmony’s new GLBT-focused site may clear the decks, so to speak, so he can avoid wasting time on happy gays and more easily locate and “save” those not so accepting of their sexuality. And he shouldn’t take the existence of gay men and lesbians being happy and well-adjusted as a cause of misery — that’s just… sad.