The Advocate’s People of the Year: Miami Beach’s Wayne Besen 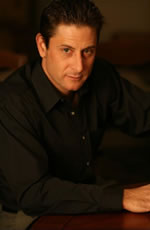 When Wayne Besen heard that President Bush had invited Alan Chambers, head of the “ex-gay” group Exodus International, to a June 2006 White House press conference in support of amending the U.S. Constitution to ban same-sex marriage, he reached into his pocket and bought a plane ticket to Washington, D.C. “That was one straw too many,” Besen says. “I rented a room at the National Press Club and flew in a kid who had been hurt by an “ex-gay’ camp.” Besen, 36, held his own press conference to educate people on the harmful nature of the “ex-gay” movement.

Author of the 2003 book Anything but Straight: Unmasking the Scandals and Lies Behind the Ex-Gay Myth, Besen has in recent years become a powerful force against those who argue that gays are called by God to “change” their sexual orientation.

After Bush’ press event Besen launched Truth Wins Out, a nonprofit group dedicated to educating the public about LGBT lives while debunking the “ex-gay” myth and “religious-right disinformation campaigns.” He has organized protests, won support from mainstream health groups, and pressed the media to provide balanced reporting on the issue. “You can argue about Scripture until you’re blue in the face,” Besen says. “Nobody’ ever going to win that argument. But you can make a persuasive case that these “ex-gay’ ministries are harmful.”