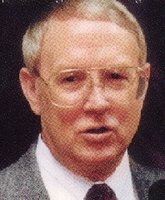 University lecturers left their classrooms this week to lecture Focus on the Family’s James Dobson to tell him he has no class. The tenured were teed off and staged a revolt because they were revolted by how Dobson had perverted their work in TIME magazine. In a guest columncriticizing Mary Cheney, Dobson justified his trashing of gay families by citing the work of renowned researchers. But instead of allowing their work to be distorted, the scholars hollered and told Dobson to stop lying for the Lord.

The first professor to profess her displeasure was Dr. Carol Gilligan, a renowned psychologist and author of In a Different Voice. Gilligan has also taught at Harvard and University of Cambridge and has more degrees than a thermometer. She is so well-respected that Dobson tried to justify his argument against same-sex families in TIME by citing her work. The devious goal of Dobson was to force reasonable people to think, “If a learned scholar likes Gilligan says gay families are harmful, maybe Focus on the Family is right.”The problem was Dobson deliberately got it wrong. I contacted Gilligan and she was “stunned” and “mortified” by the way Dobson had manipulated her research. Indeed, she wrote a letter to Dobson demanding that he “cease and desist from quoting my research in the future.””Not only did you take my research out of context, you did so without my knowledge to support discriminatory goals that I do not agree with,” continued Gilligan in her letter and reiterated in a video airing on You Tube. “What you wrote was not truthful and I ask that you refrain from ever quoting me again and that you apologize for twisting my work.”

A second researcher I contacted was Dr. Kyle Pruett, professor at Yale University School of Medicine and the author of Fatherneed: Why Father Care Is as Essential as Mother Care for Your Child.” Pruett was also unaware that Dobson had butchered his scholarship.

“You cherry-picked a phrase to shore up highly, in my view, discriminatory purposes,” wrote Pruett in a letter to Dobson. “This practice is condemned in real science, common though it may be in pseudo-science circles. There is nothing in my longitudinal research or any of my writings to support such conclusions (about same-gender families).”

If this wasn’t embarrassing enough, this week, Angela Phillips, author of “The Trouble With Boys,” and professor at Goldsmiths College in London, said she was “incensed” to find she was misquoted in another Dobson article.

“It has come to my attention that my book ‘The Trouble with Boys’ has been seriously misrepresented in writings by James Dobson,” she wrote to Focus on the Family. “I would be grateful if you could publish this letter prominently on your website.”

Of course, Dobson will never apologize to Dr. Gilligan or stop using Dr. Pruett’s research or place Professor Phillips’ letter on his website. As long as his organization is raking in nearly $150 million a year and he is on the White House’s speed dial, Dobson will mock the truth with mendacity. Bearing false witness is his modus operandi.

In June, Dr. Elizabeth Saewyc, an associate professor at the University of British Columbia, said Focus on the Family twisted her study on lesbian teen suicide.

“The research has been hijacked for somebody’s political purposes or ideological purposes and that’s worrisome,” Saewyc told CBC news. Focus on the Family justified its lie by misquoting the work of Columbia University’s Dr. Robert Spitzer, who felt it necessary to respond.

“Unfortunately Focus on the Family has once again reported findings of my study out of context to support their fight against gay rights,” said Dr. Spitzer.

Feeling the heat of international condemnation, Dobson turned to character assassination on his webpage this week, suggesting his accusers were hostage to “liberal groupthink.” I suppose, as a group, these acclaimed scientists do think that misrepresenting science is wrong. And, of course, it is worth noting that Dobson respected these very researchers enough to quote them last week. He only changed his tune after they upbraided him for unethical and unprofessional conduct.

Focus on the Family’s big “ah ha” moment was more like a “ha ha” moment, as it was quite laughable. They pointed out that I was the one who first contacted all of the professors. But, Focus neglected to say that if Dobson had been honest, I wouldn’t have had to make these calls. Finally, Focus on the Family derided Dobson’s detractors as name-callers. However, some of Dobson’s fiercest critics have come from the far right.

In October, former ultraconservative Rep. Dick Armey (R-TX) said that Dobson is a “real nasty bully” who commands a “gang of thugs.”

I would agree that his organization more often acts like Crips than Christians. It is time to take the Dramamine, as Dobson is about to spin legitimate criticism in the same dishonest way he spun the actual studies he is being criticized for distorting.